Please ensure Javascript is enabled for purposes of website accessibility
Log In Help Join The Motley Fool
Free Article Join Over 1 Million Premium Members And Get More In-Depth Stock Guidance and Research
By Rich Smith - Aug 19, 2019 at 9:50AM

Does Amazon stand behind its product recommendations or not? Inquiring senators want to know.

Everybody needs them. Eventually, batteries run out of juice, at which point you need some more, so you click over to Amazon.com (AMZN -1.44%) to try and find some new AA batteries for a nice price. But which batteries should you buy?

Amazon touts its own AmazonBasics AA 1.5 Volt Performance Alkaline Batteries as "top selling" -- on the same page on which it advertises Energizer AAA batteries as its "best seller."

Really? The best-selling choice for folks seeking double-A batteries is a set of triple-As?

Adding to the confusion, AmazonBasics AAA batteries are listed as its "top-rated" product among AAs. A pack of Duracells is actually rated a half-star higher and has the added advantage of actually being the AA size you are looking for.

Topping it all off, there's apparently an entirely different recommendation Amazon would like you to consider: "Amazon's Choice." Conveniently, it's another set of AmazonBasics batteries. But why exactly does Amazon "choose" this particular set, and what relation does this particular recommendation have to all the so-called top ratings it's already promoted to you?

That's an excellent question -- and the United States Senate would like to know the answer. 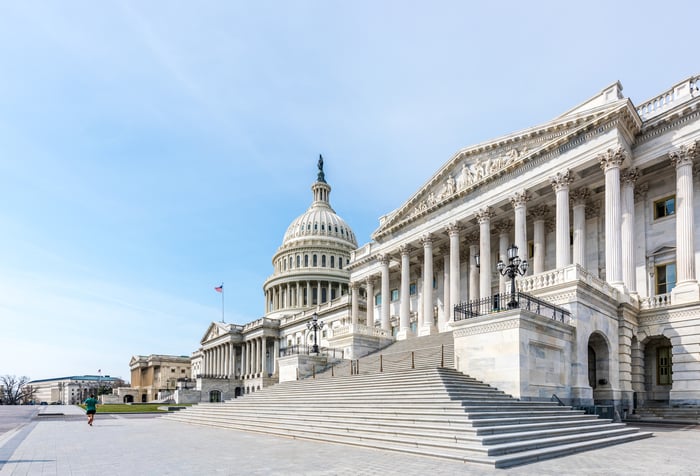 Amazon gets a delivery

This month, two Democratic U.S. senators, Robert Menendez of New Jersey and Richard Blumenthal of Connecticut, sent Amazon CEO Jeff Bezos a letter expressing "concerns about the Amazon's Choice badge and whether it deceives consumers into purchasing products of inferior quality" on Amazon.com.

"Customers," argue the senators, "reasonably rely on the 'Amazon's Choice' badge to guide their final purchasing decisions." They assume the badge is exactly what it appears to be -- "an endorsement" from Amazon itself, which assures a buyer that a given product is a good choice. Acting on this assumption, the senators note that customers take Amazon's advice so often that upon receiving the badge, a given product can expect to see as much as "a threefold increase in sales."

And yet there's a "dearth of information on how Amazon assigns the badge" and what exactly goes into making one product Amazon's Choice and another ... not.

What goes into Amazon's Choice?

Although this is the first we've heard of Congress addressing this particular issue, the question of what exactly goes into Amazon's Choice is hardly a new one. Last year, my fellow Fool Dan Kline looked into it and discovered that Amazon's explanation for how it assigns an Amazon's Choice badge is somewhat "vague."

According to the website, Amazon's Choice-badged products are "highly rated" (but by whom?), well priced (but by what standard?), and "available to ship immediately" (I guess you'll have to take Amazon's word on that one).

Expanding on these adjectives, an Amazon representative told BuzzFeed recently that "Amazon's Choice is ... our recommendation" and that both humans and algorithms check the quality of the products that are recommended. But even this explanation leaves a lot of room for interpretation.

In their letter, the senators attempt to pin Amazon down on several points. For example, these "humans" checking on the quality -- are they "Amazon employees?" And do they evaluate a product's quality "before publicly assigning the badge to a certain product" or perhaps only after customers point out that the product is a lemon?

Regarding the "highly rated" aspect of the Choice, the senators also want to know how Amazon makes sure "it is not basing its determination on fraudulent reviews" -- a long-standing problem at Amazon.

In one ominous query, the senators even wonder if Amazon might be offering sellers the ability to buy the Amazon's Choice seal of approval -- which, according to one media outlet, the company has actually attempted to do in the past.

Amazon customers will certainly want to learn how Amazon answers the senators' queries. Sens. Menendez and Blumenthal have given Bezos until Sept. 16 to respond, so don't expect any "two-day delivery" on an answer. A month is more likely. But how Amazon deals with this latest government probe into how it runs its business should interest investors as well as consumers. When commenting on the letter, Sen. Menendez suggested that unsatisfactory answers could necessitate regulatory review and/or possible legislative action.

When Amazon last reported earnings, you see, its sales number held up just fine, growing 20% year over year. Profits, on the other hand, disappointed mightily, growing less than 4% -- and from all the evidence, one of Amazon's goals in promoting Amazon's Choice items is to plump up its profits.

When suppliers quote Amazon costs it considers "well priced," for example, this can expand Amazon's own profit margin when it retails the goods. Similarly, "highly rated" products are less likely to result in costly returns to Amazon, even as goods "available to ship immediately" help to ensure impatient customers don't move on to do their shopping at another e-tailer or -- horrors! -- visit a physical store instead.

Simply put, this program is one Amazon wants to hold onto, and it needs to carefully consider over the next several weeks how it will answer the senators' questions. The good news, though, is this: Whatever changes Amazon ultimately makes to address the senators questions and any added transparency it provides should only increase customer confidence in Amazon.com -- and work to the benefit of Amazon shoppers and investors alike.