The streaming pioneer is making it even easier for users to find age-appropriate content, boosting its already-robust user numbers.

As the transition to video streaming has hit a fever pitch over the past several years, one of the biggest players to emerge from stealth mode is Roku (ROKU -0.52%). While the company is inexorably linked to its namesake devices, the company has become one of the leaders in the ad-supported streaming video space as an aggregator of content.

In addition to offering a wide array of ad-supported streaming channels, Roku also provides consumers with a growing list of premium services that can be accessed easily from within its platform.

As its list of active accounts continue to grow, Roku is adding additional content and features aimed at kids and their parents. 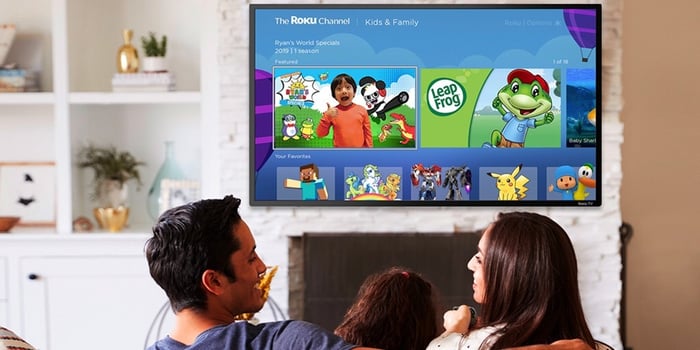 On Monday, Roku launched Kids & Family on The Roku Channel, which provides tools that make it easy to "find a great selection of tailored content available for free and through Premium Subscriptions available in one, easy-to-access destination." The company is also rolling out parental controls that give parents an extra degree of control over what their kids can access within the channel.

The Kids & Family feature offers a blend of programming that includes series, movies, live broadcast, and short-form video from a variety of both free and paid kids channels.

Parents who have premium subscriptions through The Roku Channel, including Blue Ant Media's ZooMoo, CONtv, Dove Channel, HBO, Hopster, NOGGIN, STARZ, or Up Faith and Family, will be able view the content from these providers via Kids & Family, including Bubble Guppies, Dora the Explorer, PAW Patrol, Peppa Pig, and family-friendly movies including Adventures of Elmo in Groucholand, Muppets Take Manhattan, and more.

Roku is also adding an additional layer of parental controls that will require a PIN in order to view programming outside the selected ratings chosen by the parents.

This adds to the already-robust lineup available on Roku, which boasts more than 80,000 free, ad-supported, and paid movies and TV episodes; more than 35 live and broadcast streaming services, such as ABC News, Cheddar, and TMZ; and 40 Premium Subscription services, such as HBO, Showtime and STARZ, among others. 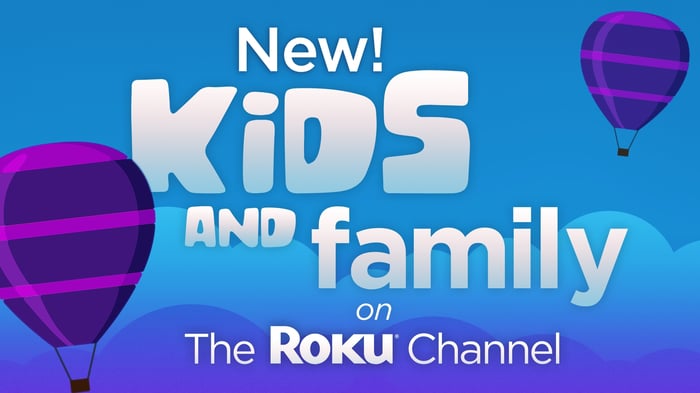 The company has been one of the clear winners in the streaming space, though Roku tends to get far less recognition than its big-named peers. A look at the company's second-quarter earnings results illustrates its success.

Active accounts grew to 30.5 million, up more than 1.5 million in the past three months alone, and up 39% year over year. This led to a lot of binge-watching, with streaming hours accelerating to 9.4 billion, up 72% compared to the prior-year quarter. The average revenue per user (ARPU) climbed to $21.06, up 27% year over year.

This operational excellence led to impressive financial results. Revenue grew to $250 million, up 59% year over year, and while the company posted a loss per share of $0.08, both metrics were better than analysts' consensus estimates.

Since Roku aggregates content from a growing list of streaming providers providing both paid and free, ad-supported options, this allows the company to collect not only a piece of each paid subscription on its platform, but also benefits from a growing advertising base.

This gives Roku a unique advantage in the streaming space: There's always something to watch, and Roku doesn't get caught up in the web of spiraling content costs.