Find out how earnings and other factors hit these stocks.

Thursday was an up-and-down day for stock market investors, with major benchmarks showing mixed performance. There's a lot of uncertainty on Wall Street right now, and the impact of monetary policy from the Federal Reserve is getting a lot of attention among market participants. Even though stocks have generally held up well following the abrupt about-face from the Fed that resulted in last month's rate cut, it's unclear whether further reductions are likely. Some individual companies saw their shares drop sharply after they suffered adverse events. Tilray (TLRY), Splunk (SPLK -4.54%), and Retrophin (TVTX -0.27%) were among the worst performers. Here's why they did so poorly.

Tilray gives back some gains

Shares of Tilray fell 10%, reversing course after a strong session on Wednesday. Investors were pleased to learn that the cannabis company is seeing early success in its international business, as it signed a deal to ship medical marijuana from production facilities in Portugal to customers in Germany. Yet despite positive comments about future profitability from CEO Brendan Kennedy, Tilray still has detractors in the analyst community, and some see an imminent crash ahead for the cannabis company's stock. In the ultracompetitive marijuana market, Tilray will have to keep executing well in order to preserve its leadership position in the industry. 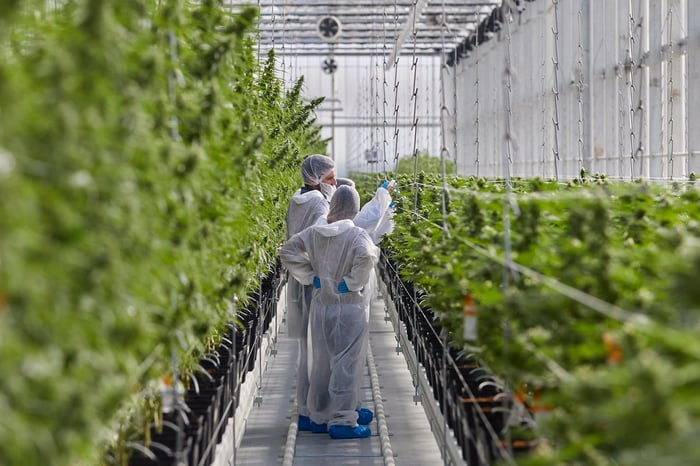 Splunk's stock dropped 8% after the data analytics specialist announced a major acquisition. The company also released quarterly financial results, which included a sales jump of 33% and adjusted net income that was more than double what most investors had expected. Yet shareholders seemed to react negatively to news that Splunk will acquire cloud monitoring company SignalFX for $1.05 billion, especially because 40% of the purchase price will involve the issuance of new shares of Splunk stock. Seeking to expand to take advantage of growth in cloud computing is a smart move, but investors apparently believe that the dilution from using Splunk shares for part of the purchase price makes the deal more expensive than it's worth.

Finally, shares of Retrophin plunged 22%. The pharmaceutical company reported that its phase 3 study of its fosmetpantotenate candidate treatment for patients with pantothenate kinase-associated neurodegeneration failed to meet its primary and secondary endpoints. CEO Eric Dube was disappointed with the results, saying that Retrophin would work closely with researchers to analyze the data further. Yet given Retrophin's decision to discontinue the trial, the company will have to rely on other prospects for successful treatments elsewhere in its pipeline. Shareholders were nervous about what that means going forward, and Retrophin will have to find ways to reassure investors in order to regain its lost momentum.

4 Mid-Cap Stocks to Buy in December