Please ensure Javascript is enabled for purposes of website accessibility
Log In Help Join The Motley Fool
Free Article Join Over 1 Million Premium Members And Get More In-Depth Stock Guidance and Research
By Keith Speights - Aug 27, 2019 at 6:00AM

They've taken a shellacking this year, but could these cannabis stocks now be bargains?

What started out as a great year for many cannabis stocks has deteriorated into a miserable one. That's especially true for CannTrust Holdings (CNTTQ 0.00%), Canopy Growth (CGC -3.21%), and Tilray (TLRY). All three stocks were up big earlier this year but have lost all of their initial gains and then some.

Are these beaten-down pot stocks now bad news buys? Or are they simply bad news? 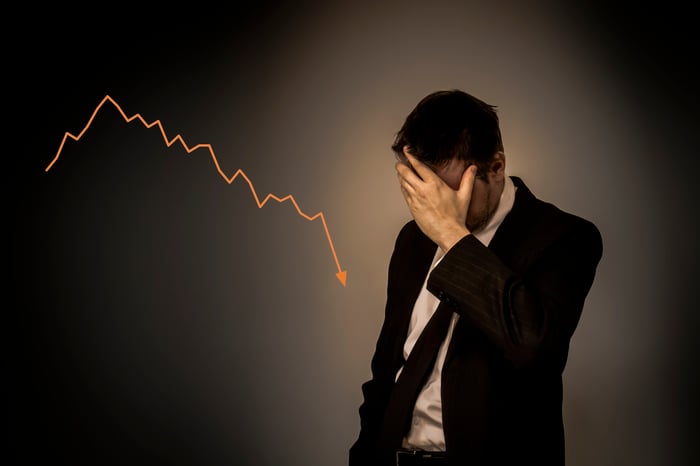 From bad to worst

Canopy Growth ranks as the least bad of these three stocks. But Canopy has still experienced a rough few months after shooting up more than 90% by late April. The stock is now down 6% year to date.

The company's problems started with disappointing fiscal 2019 fourth-quarter results. Canopy's big partner, Constellation Brands, publicly expressed its displeasure with those results. It didn't take long for Canopy Growth founder and co-CEO Bruce Linton to be shown the door. Canopy Growth followed up with even worse results in its fiscal 2020 first quarter.

Tilray enjoyed a couple of good weeks to start off 2019, with the stock rising 42% by mid-January. Things quickly went south, however. The pot stock is now down a whopping 60% so far this year.

What happened? The company's initial public offering (IPO) lockup period expired, with some insiders selling shares. Tilray took on a boatload of debt to acquire hemp foods maker Manitoba Harvest. Some Wall Street analysts didn't like the company's strategy. Tilray also reported Q2 results that Vertical Group analyst Gordon Johnson called "an unmitigated disaster." Johnson predicted that the stock would lose more than 85% of its value within the next 12 months.

CannTrust had the worst news of all. The stock more than doubled in the first quarter. But CannTrust's shares crashed after the company reported disappointing Q4 results in late March. CannTrust followed up with a stock offering in May that caused shares to fall even more.

By July, the company was embroiled in a scandal involving the sale of cannabis products from unlicensed grow rooms. CEO Peter Aceto was subsequently fired as a result of the revelations of misconduct. The stock is now down 63% year to date.

Remember the old song that said to "accentuate the positive, eliminate the negative, latch on to the affirmative, and don't mess with Mister In-Between"? Let's try to think positively to the extent that we can.

Canopy Growth certainly still has a lot going for it. The company continues to enjoy the backing of Constellation Brands, which has a great track record in building successful consumer brands. Canopy also has plenty of cash from the $4 billion investment made by Constellation last year. It's arguably in the strongest position among Canadian cannabis producers to perform well in the U.S. market, and should also be in great shape to compete in the Canadian cannabis derivatives market opening later this year.

Tilray's partnerships with Anheuser-Busch InBev, Authentic Brands Group, and Novartis should help the company succeed in the Canadian cannabis-infused beverages market, the U.S. hemp-based consumer CBD products market, and European medical cannabis markets. And while Tilray's debt is much higher as a result of its acquisition of Manitoba Harvest, the company is also poised to reap rewards from the transaction.

It's admittedly hard to "eliminate the negative" when it comes to CannTrust. However, the company's board is evaluating strategic options, including a potential sale. CannTrust claims a rapidly growing production capacity that ranks it in the top four in the industry. With a market cap of around $250 million, the stock could be a steal if CannTrust can move past the issues related to its use of unlicensed grow rooms.

I think that CannTrust has a lot of work to do to regain investors' confidence. My concern is that it could take a while for the company to emerge from the shadow of its misdeeds. For now, my view is that it's best to stay on the sidelines with the stock.

Tilray could turn out to be the big winner that some thought it would be after the stock's sizzling IPO last year. However, the main problem that I see for Tilray is cash. The company continues to burn through the cash it has, and CEO Brendan Kennedy doesn't appear to be interested in taking on equity partners. That likely means that more dilution could be on the way in the future. Tilray remains a no-go in my book.

Canopy Growth really blundered with what looks like channel stuffing of cannabis oil and softgel products earlier this year. But I like the positive influence that Constellation has and will continue to have on Canopy. I also expect that the company will find a new CEO who can right the ship.

Investing in marijuana stocks is a volatile proposition, and I fully expect plenty more volatility for Canopy Growth. However, I still think the company is worth considering for investors with a long-term perspective who can tolerate huge swings along the way.