The stock market saw ups and downs on Tuesday, buffeted by crosswinds on the macroeconomic and geopolitical fronts. Even though some believe that the escalating trade war could get resolved fairly quickly without lasting damage to the global economy, others fear that a speedy resolution is unlikely. Some key individual companies also had bad news that weighed on investor sentiment. J.M. Smucker (NYSE:SJM), Mallinckrodt (NYSE:MNK), and Lancaster Colony (NASDAQ:LANC) were among the worst performers. Here's why they did so poorly.

Shares of J.M. Smucker fell 8% after the jelly maker's fiscal first-quarter financial results weren't as strong as many had hoped. Revenue was down 6% from year-ago levels, and adjusted net income slumped 11% over the same period. Smucker also cut its full-year guidance, expecting sales to be flat to down 1% and seeing weaker earnings than originally projected. The food industry has become increasingly competitive, especially in areas like premium pet food, and Smucker will have to refine its strategic thinking in order to stay in front of its rivals and maintain its leadership in some key niches. 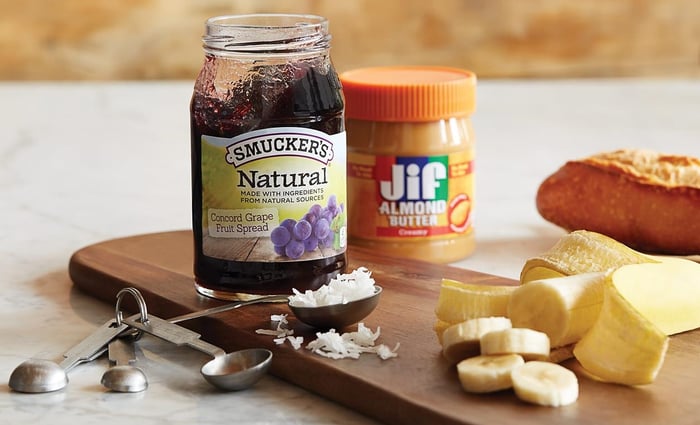 Mallinckrodt shares dropped 15.5% as investors tried to digest the impact of a huge jury verdict against drug manufacturer Johnson & Johnson. The verdict awarded $572 million in damages to plaintiffs against J&J, and even though some believe that number is relatively small, there are still a huge number of other lawsuits outstanding. Mallinckrodt faces many of the same claims that Johnson & Johnson and other companies involved in drug manufacturing and distribution are dealing with. Some have even predicted that weaker players in the space could eventually have to seek bankruptcy protection. That's not yet in the cards for Mallinckrodt, but the stock's nearly 90% drop since this time last year certainly reflects that risk.

Lancaster Colony has a rough quarter

Finally, shares of Lancaster Colony lost 9%. The Ohio-based food company said that retail sales were down 1% from year-ago results in its fiscal fourth quarter, and an increase in overhead expenses limited net income growth to just 2%. CEO David Ciesinski wasn't happy with the sluggishness in retail, but strong organic growth in its food service segment was a positive for Lancaster Colony. Moreover, the executive sees the company doing better in fiscal 2020, when new product introductions should create excitement. Food is a cutthroat business, but Lancaster Colony is playing to its strengths as 2019 progresses.