However, concerns about Bilibili's slowing growth and widening losses, along with the economic slowdown in China, soon caused investors to abandon the stock, which slipped below $14 after the company released its latest earnings report. Are the bulls giving up on Bilibili too soon?

Bilibili's revenue rose 50% annually to 1.54 billion RMB ($224 million) during the second quarter, beating expectations by more than $14 million. Its total monthly active users (MAUs) rose 30% to 110.4 million, with mobile users accounting for 87% of that total. Its total revenue per MAU also rose 15%, and its total number of monthly paying users surged 111% to 6.3 million.

Bilibili expects its revenue growth to accelerate again with 61%-64% sales growth in the third quarter. It also expects its total MAUs to double to 220 million by 2021.

However, Bilibili's net loss also widened annually from 70.3 million RMB to 315 million RMB ($45.9 million), or $0.14 per ADS, which beat expectations by a penny. On an adjusted basis, which excludes stock-based compensation and other one-time charges, its net loss still widened from 19.5 million RMB to 256.1 million RMB ($37.3 million). It didn't provide any bottom-line guidance, but analysts expect its bottom line to remain in the red for the foreseeable future.

Bilibili ended the quarter with 8.6 billion RMB ($1.25 billion) in cash and equivalents, compared to 5.2 billion RMB at the end of 2018. However, much of that gain came from its offering of convertible senior notes and a secondary ADS offering in April, which together raised $734 million. Without that big boost, its cash position would have dropped by more than a third in the first half of the year.

Why aren't the bulls impressed?

Bilibili generated 60% of its revenue from mobile games during the quarter. 21% came from its live video broadcasting platform and value-added services (VAS), 11% came from online ads, and the remaining 8% came from its "e-commerce and other" business. All four businesses posted impressive double-digit and triple-digit revenue growth during the second quarter.

The mobile gaming business remained steady, thanks to the popularity of top games like Fate/Grand Order. Its live broadcasting and VAS revenue rose as the company gained more paid users for its live broadcasting services and premium subscribers, who gain exclusive content across its ACG (animation, comics, and gaming) platforms.

Over the past year, Bilibili expanded its portfolio of cartoons, games, and online comics by investing in Japanese animation studio Fun-Media, partnering with Tencent (OTC:TCEHY) in gaming, launching a gaming joint venture with Japanese developer Gree, and acquiring NetEase's (NASDAQ:NTES) online comics. 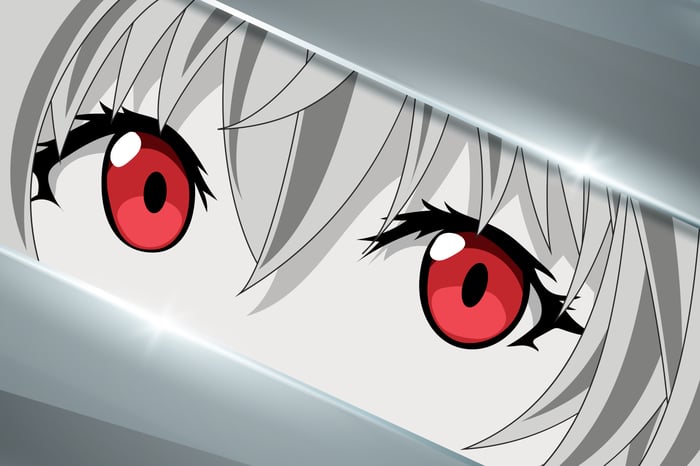 Bilibili's advertising growth remained robust, which was surprising since other major ad platforms -- like Baidu and Weibo -- posted soft ad growth in their latest quarters as companies reined in their spending amid the economic slowdown.

Bilibili's e-commerce platform, which is integrated with Alibaba's (NYSE:BABA) marketplaces and processes payments with Alibaba-backed Alipay, mainly sells ACG-related products. The platform's growth surged over the past year as shoppers scooped up more tie-in products for their favorite cartoons or comics.

Bilibili stands out in China's crowded tech sector because it mainly serves fickle Gen Z users. That's why Tencent and Alibaba, which are both struggling with the meteoric rise of Gen Z darling ByteDance, took big stakes.

The bulls believe that Bilibili will keep growing as it expands its ecosystem, but the bears claim that its operating expenses -- which surged 67% annually during the second quarter -- will continue outpacing its revenue growth, and prevent the company from ever achieving profitability.

I think Bilibili still has a promising future, but the trade war and economic slowdown are casting a dark cloud over most Chinese tech stocks. Until that cloud is lifted, most investors will likely avoid riskier growth stocks like Bilibili and stick with bigger and more profitable Chinese tech companies like Alibaba and Tencent instead.