Investors don't have a lot of faith in the action camera company's future.

There's not a lot of downside in GoPro (GPRO 2.75%) going for broke this holiday season. The company's shares have plunged 41% over the past year and 93% in the past five years, leaving it with just a $600 million market cap. With the stock trading below $4, there's not much room left to fall before it hits zero, but the upside could be tremendous if the business turns around.

As GoPro has been bumping along, operations have slowly been improving, but not fast enough for investors. And with risks from tariffs, a slowing economy, and a patent lawsuit coming, GoPro is either going to hit it big or go down trying. 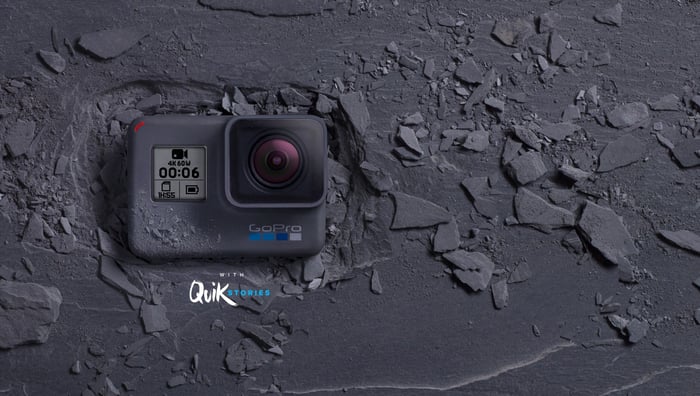 Why GoPro's stock has tanked

If you look at the chart below, you can see that as GoPro's stock has fallen, its business has actually made a nice turnaround from the challenges it encountered in 2016. Margins are stabilizing, and by the end of this year, the company expects to be profitable again. 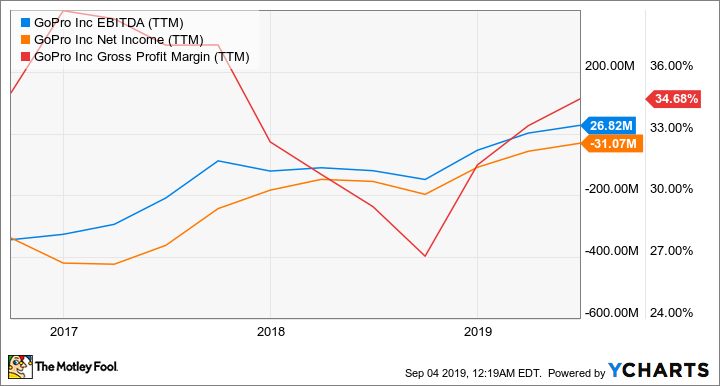 On the surface, it seems like everything is looking up for GoPro. But investors are worried that a slowing global economy will leave fewer funds in consumers' pockets this holiday season. On top of the macro downturn that could affect revenue, tariffs are always a cost worry when a company makes goods overseas. Management has reiterated that tariffs won't hit earnings in 2019, but investors are anxious nonetheless.

The final big concern is a patent lawsuit that won't go away. Contour says it has a patent that covers the live-streaming feature on some GoPro cameras and is seeking an injunction against all GoPro cameras. That injunction hasn't hit yet, but the legal battle is a threat investors may be ignoring.

After the failure of the Karma drone and a tepid response to the Fusion 360 camera, GoPro's fallback is its core action camera products. New models haven't been announced, but are expected sometime in September. The new products, and their marketing and sales strategy, are key to the all-important holiday season.

Last year was a solid one for the Hero 7 lineup of cameras, but Hero 8 will need to take it to the next level. Bumping frame rates on 4K videos from 60 fps to 120 fps would be a good start. New features like a microphone attachment and a light for flash would be welcome additions for some users who may be on the fence on buying a GoPro.

I think the best additions may be on the wireless side, connecting more easily to mobile devices and creating easily shareable images. QuikStories is the start of that, but share buttons right on the phone would be ideal for real-time uploading.

Whatever GoPro introduces in 2019, it needs to impress consumers looking for a gift this holiday season.

Just a few years ago, GoPro had no debt and over $100 million in cash on the balance sheet, but after its blunders the last few years, the company has net debt of over $50 million. If the holiday season goes well, investors would love to see this dynamic change. 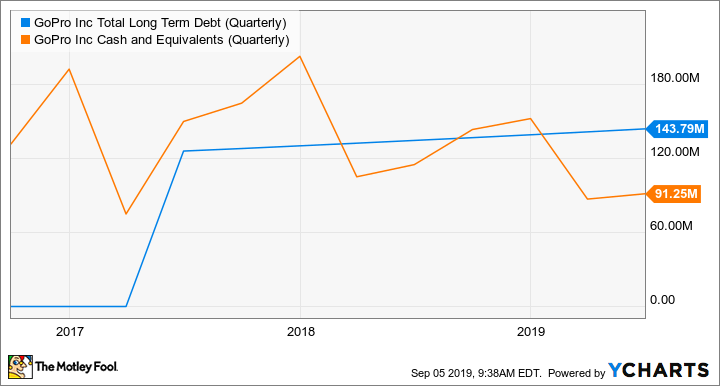 Most of GoPro's debt is a convertible note due April 15, 2022, so there's time before maturity hits. But if the company can't start generating positive cash flow now, it may not have much time to course-correct before needing to pay off debt and find more financing.

GoPro needs to have a great holiday season and return the business to profitability to convince investors that it can pull off a turnaround. Cameras on other devices like phones and glasses are getting better and better, and GoPro is going to have to keep up or risk becoming obsolete in the long term.

If it can't make money on its core products this year, there's no reason to think a new generation of cameras next year will fare any better. It's do-or-die time for GoPro.