Please ensure Javascript is enabled for purposes of website accessibility
Log In Help Join The Motley Fool
Free Article Join Over 1 Million Premium Members And Get More In-Depth Stock Guidance and Research
By David Jagielski – Sep 13, 2019 at 11:39AM

Though it raised its guidance and showed good sales growth last quarter, investors just aren't that bullish on the SaaS company anymore.

The long share-price climb of Salesforce.com (CRM 1.68%) has lost some steam this year -- investors are showing some hesitation about buying the stock at its recent astronomical valuations. The stock did reach a new all-time high of more than $167.56 earlier in 2019, but lately, it has been hovering closer to $152.

Given the resistance that the stock has run into lately, are investors seeing signs that the customer relationship management software company has reached a peak and could be headed further down? Let's take a closer look and see whether or not that might be the case.

Valuation is through the roof

The biggest reason not to buy Salesforce today is the significant premium you'd have to pay. The software-as-a-service stock is trading at a price-to-earnings ratio of more than 120, far above what investors would typically expect to pay for a growth stock. Even Amazon.com (AMZN 1.57%), which trades at more than $1,800 a share, has a P/E of just 75.

While Salesforce has plenty of potential for further growth, it's hard to argue that it has more potential than Amazon and that it's worth a greater premium. Furthermore, Salesforce's price/earnings-to-growth (PEG) ratio is at nearly 3, compared to less than 1 for Amazon. Since the PEG ratio factors a company's expected growth into the valuation calculation, that metric can give investors a more accurate indication of whether a stock is a good deal. A PEG ratio of less than 1 is considered to indicate a good value. The higher the PEG ratio gets, the less appealing of a buy that stock will be.

In terms of valuation, it's hard to make a case that Salesforce isn't due for some additional price correction. 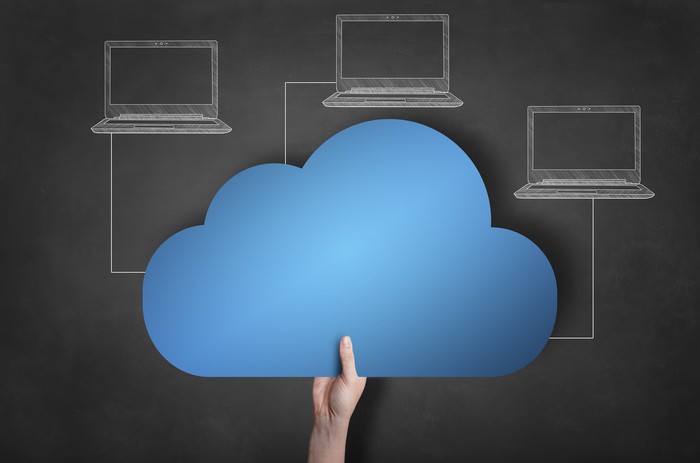 A high valuation can be OK if a company's financials are strong enough. However, in Salesforce's most recent quarter, its year-over-year sales growth was just 22%. This is comparable with what Amazon achieved in its most recently reported quarter. While it's definitely a good growth rate, it's not high enough to support a P/E of 120. (Indeed, a case could be made that no numbers would justify a multiple that large.)

Although Salesforce did raise its guidance for the remainder of the year, what was perhaps most telling was the lack of excitement the results generated. Though the company beat expectations on revenue and increased its guidance, the stock only got a modest boost from the news. The earnings rally proved short-lived, with the share price falling back down not long after.

While Salesforce has found a way to consistently post profits, the problem is that its numbers may not be strong enough to get investors buying the stock at this valuation. Over the past four quarters, the company has produced earnings of just $950 million on sales of more than $14.7 billion, for a profit margin of 6.4%. At that rate, the company will need a lot more sales growth to bring its earnings up and improve its P/E multiple.

There are many attractive growth stocks available on the markets that have more impressive revenue numbers than Salesforce. While the company is growing fast, it's also spending a whole lot more. Over the past 12 months, the stock's returns are essentially flat. With investors starting to show some apprehension, Salesforce may not be able to support its share price at this level for much longer.