Which stock wins in a battle between these two continuous glucose monitoring system leaders?

Shares of both companies have performed really well over the past couple of years. But which stock is the better pick for long-term investors now? Here's how Abbott and Dexcom stack up against each other. 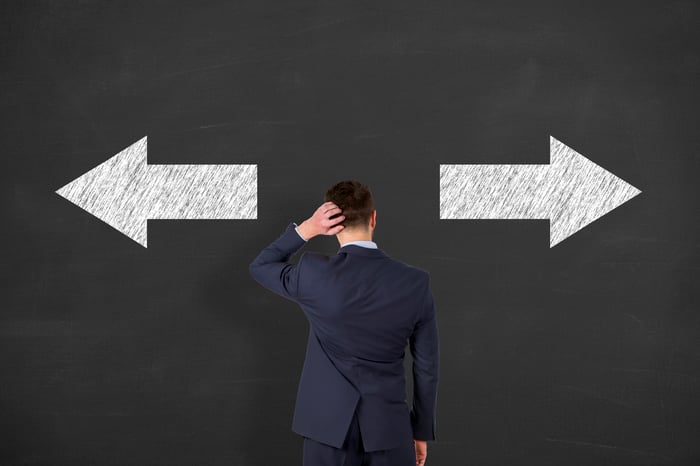 The case for Abbot Labs

Abbott Labs ranks as the second-biggest medical device stock on the market based on market cap. But the company doesn't focus exclusively on medical devices. Abbott also has multibillion-dollar established pharmaceuticals, diagnostics, and nutritional products businesses.

The main reason to consider buying Abbott Labs is that it should be in a great position to deliver a solid total return to long-term investors. One component of that total return is Abbott's dividend, which currently yields 1.5%. Abbott is a member of the elite group of stocks known as Dividend Aristocrats and has increased its dividend for 47 consecutive years. The company has paid a dividend every quarter since 1924.

But the case for Abbott isn't limited to its strong dividend. Wall Street analysts project the company will grow its earnings by an average of nearly 12% annually over the next five years.

A key driver for that growth will almost certainly be Abbott's Freestyle Libre CGM. Abbott CEO Miles White stated in the company's second-quarter conference call that he thinks the company's second version of the Libre device, which will meet U.S. standards for integrated continuous glucose monitoring systems, should generate annual sales of at least $5 billion in the not-too-distant future.

Abbott should also be able to count on strong growth from its structural heart business, with its MitraClip device for treating mitral regurgitation leading the way. The company's diagnostics business also appears to be in a solid position to deliver growth, thanks in large part to the continued momentum for its Alinity diagnostic instruments.

It's possible that Abbott could make additional acquisitions to fuel growth even more. However, with its strong organic growth prospects, the company doesn't have to complete any significant transactions to deliver an attractive return over the long run.

The case for Dexcom

Dexcom isn't the healthcare giant that Abbott is. It doesn't pay a dividend as Abbott does. But Dexcom's growth prospects appear to be fantastic.

Analysts think Dexcom will be able to deliver average annual earnings growth of 140% over the next five years. Is that sizzling rate of growth really possible? I think so.

The key is the continued rapid adoption of Dexcom's G6 CGM system. Thanks to tremendous sales growth for the G6, Dexcom trounced consensus revenue and earnings estimates in the second quarter. The company also boosted its full-year revenue outlook.

Dexcom is on track to double its manufacturing capacity for its G6 devices this year. This increase was needed to enable the company to beef up its sales efforts outside of the U.S. But Dexcom also anticipates even more sales growth inside the U.S., especially as it launches the G6 system to Medicare patients.

The company isn't resting on its laurels. Dexcom hopes to launch a new and improved CGM device called the G7 by early 2021 at the latest. The G7 will be smaller than the G6 and will be more cost-effective. This should help Dexcom compete better against Abbott's new Libre version.

Dexcom also thinks that the G7 could enable it to expand into adjacent markets. The company especially likes opportunities for CGM in gestational diabetes monitoring and the intermittent monitoring of diabetes in hospital patients.

If you like win-win decisions, the choice between Abbott and Dexcom will be right up your alley. I don't think investors would go wrong buying either stock.

My view is that which stock to pick depends primarily on your investing style. If you're retired and are seeking income, Abbott is definitely the better stock to buy with its long track record of dividend increases. Even if you're younger, Abbott would be more suited for you if you're a relatively conservative investor. While Abbott would also be a solid stock for growth-oriented investors, Dexcom might be more attractive for aggressive growth investors.

Keep in mind that the risks associated with investing in healthcare stocks are elevated right now as next year's national elections approach. The potential for major healthcare reform could take a toll even on solid healthcare stocks like Abbott and Dexcom. However, I think that the long-term prospects for both stocks are very good.