Software giant Microsoft (MSFT -0.53%) is currently the largest company in the world (by market cap) and for good reason. It's firing on all cylinders, deepening its various wide-moat businesses, and benefiting from the huge move to cloud computing with its Azure infrastructure platform. As a result, Microsoft is generating solid mid-teens percentage growth, a whopping 20%-plus profit growth due to operating leverage, and mountains of free cash flow.

Microsoft's fiscal year ends in June, and shortly afterward, it usually raises its dividend while also announcing its new capital allocation plans and other changes for the upcoming fiscal year. The company just unveiled these plans this week. As expected, they should be music to investors' ears.

First, Microsoft raised its dividend by 11% to $0.51 per share, payable on Dec. 21 to shareholders of record on Nov. 21, meaning that the ex-dividend date will be on Nov. 20. That's a pretty nice hike, actually just above Microsoft's five-year average dividend growth rate of 10.96%, though slightly below the 10-year average growth rate of 13.7%. It's not wholly unexpected, however, as Microsoft's latest fiscal year included a whopping 23% growth in operating earnings, and an even higher 62% growth in free cash flow -- though due to variances in cash flow accounting, investors shouldn't expect growth quite that high in the future.

In that light, a mere 11% hike in the dividend seems downright paltry. However, dividends aren't the only way to reward investors. 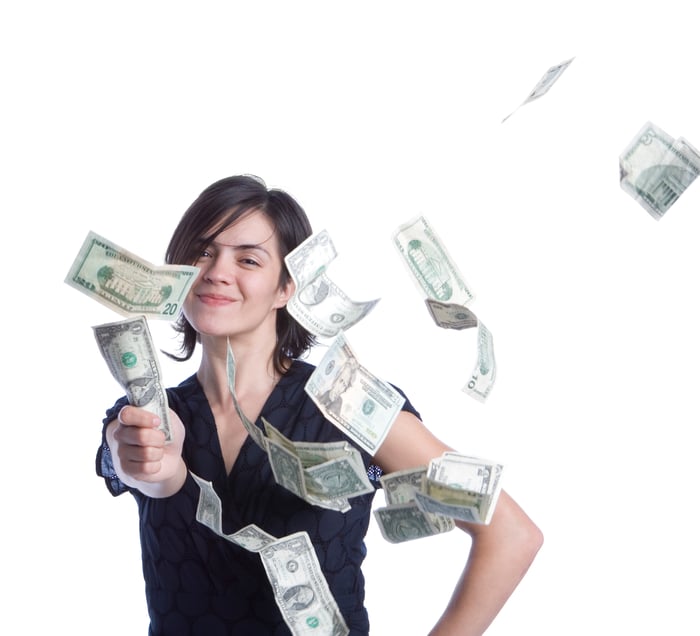 Buybacks to the tune of $40 billion

Microsoft also announced a new authorization for $40 billion in stock buybacks. The new program has no expiration date, so it will have the freedom to deploy this capital at will.

The company had actually authorized a similar $40 billion in both 2013 and 2016, deploying such programs over the course of years. However, there's reason to think Microsoft could exhaust this program even sooner. Last year, it generated over $52 billion in operating cash flow, more than $38 billion in free cash flow, and $36 billion in cash flow net of acquisitions.

If you subtract $15 billion or so for the new dividend payment, that leaves about $20 billion available for share repurchases, and that's before accounting for any growth in the upcoming year, so the total available for repurchases this year could be more along the lines of $25 billion. That means Microsoft could exhaust the program in less than two years. This is, of course, unless it makes a large acquisition that would eat up a significant amount of this cash.

Microsoft also unveiled two new metrics that it would be reporting, which will help investors better understand the business in the context of cloud computing. One metric will be "remaining performance obligations." This figure will encompass contracted revenue that has not yet been recognized as revenue, and will replace the term "contracted not recognized revenue."

Essentially, this figure includes long-term contracts that Microsoft has booked but not yet billed and that may be longer in duration than the typical deferred revenue, which usually encompasses only the year ahead. This change will likely help investors understand how much long-term cloud contracts the company is booking, which can span many years for certain large clients.

The company will also reveal a new metric called "Xbox content and services revenue growth" in its personal computing segment. This will include not only games and systems sold, but also "transactions, subscriptions, cloud services, and advertising." This move likely reflects the overall shift in gaming away from just one-off purchases of games and more toward streaming subscriptions. Microsoft is about to roll out its streaming mode for Xbox this fall, and this metric will likely be the most appropriate way to account for overall segment growth going forward.

Basically, these new announcements are more of the same from Microsoft -- and more of the same is good. With a rising dividend, more share repurchases, and more cloud-fueled growth on the way, it's why Microsoft is still a great pick for retirees -- and for all of us, for that matter.