Seagate Technology (STX), Darden Restaurants (DRI 2.00%), and Canopy Growth (CGC 4.38%) are three stocks that have sailed high on the market at times.

Each of the trio was sold off eagerly by investors, for different reasons and to different degrees. As always in these situations, this throws open the question of whether their new price weakness means investors should buy now. Let's explore, shall we? 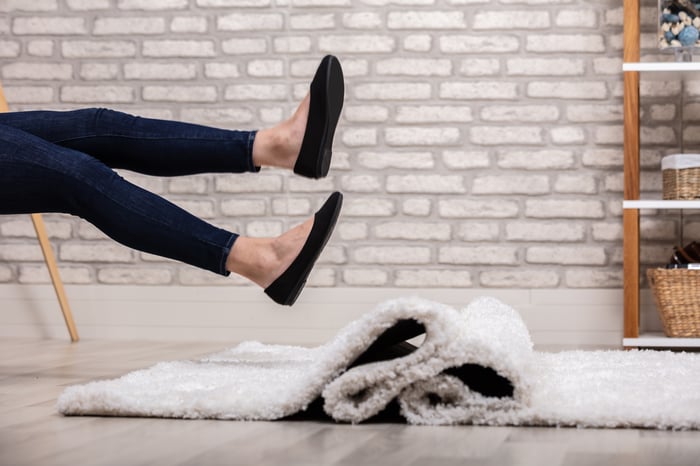 Rather counterintuitively, shares of tech stock Seagate dipped nearly 7% one day after the company lifted net profit guidance for its current Q1 of fiscal 2020. Non-GAAP (adjusted) net profit for the period is now expected to come in at $0.99 plus or minus 5%; that's up from the previous forecast of $0.90, again give or take 5%.

The lift is because of lower anticipated depreciation, as Seagate is upping the estimate of the useful life of its capital equipment. Maybe investors feel this isn't a "real" hike in guidance, as perhaps one derived from a potential increase in sales or reduction in costs would be.

I don't think they should necessarily make the distinction. In a world that never seems to stop needing more storage for the exponential growth in data we're all producing, Seagate is in the right business.

It doesn't have the foothold in flash memory enjoyed by Western Digital (WDC 0.99%) -- in my view a minus given that flash is mission critical for mobile devices -- but is leveraging a high-potential new technology called heat-assisted magnetic recording. This promises to dramatically boost the capacity of that classic Seagate core product, the good old hard drive.

Personally, I'm more a fan of the more volatile yet (in my view) more potentially rewarding Western Digital, which is why I own shares. But Seagate is a good play on the future of storage, too, and it's worthy of consideration now that its price has dipped.

Shifting over to the side of the table occupied by consumer goods stocks, we have Darden Restaurants, which released its fiscal 2020 Q1 results.

The quarter saw Darden lift its sales by 3.5% on a year-over-year basis, not quite as high as analysts were anticipating. Same-restaurant sales that rose less than 1% failed to meet projections of 1.3% from those prognosticators. Net profit from continuing operations inched up to almost $172 million ($1.38 per share), a bit higher than the average estimate.

For you share repurchase buffs out there, Darden's board authorized a fresh $500 million buyback program too.

The restaurant game is tough these days, especially for veteran operators running somewhat behind the curve -- if anything, the fast-casual segment is still preferred by investors. Darden is executing competently if not spectacularly, and while there's certainly cause for optimism (like the decent same-restaurant figures for Olive Garden and LongHorn Steakhouse), I don't sense a great "buy on weakness" opportunity here.

Bellwether marijuana stock Canopy Growth got hit with some potentially scary crystal ball gazing early in the day. Oppenheimer, initiating coverage of the stock with a tepid rating of "perform" (read: neutral), said the company is facing considerable losses in the coming years.

Although he had positive things to say about the stock, Oppenheimer analyst Rupesh Parikh still estimates that the company's losses will amount to more than $500 million across the two-year stretch ending in March 2021.

Deficits are routine and expected in the still-very-young marijuana sector, since the only 100% legal nationwide environment anywhere around here is Canada. Weed is still technically illegal on a federal level in the U.S., so our market is patchy and growing only in fits and starts.

The game these days is for cannabis companies to build up scale, typically by scooping up smaller growers/derivatives makers/dispensary operators, etc., for the glorious future when we become the next Canada. But buying stuff can be expensive, as we all know, and Canopy Growth and its peers have really been shelling out the bucks.

That said, half a billion dollars is an awfully deep and wide sea of red ink. I don't blame Canopy Growth stockholders for opening the exit door. On top of that, the way the company is being managed feels shaky, as evidenced by the far-worse-than-expected Q1 results. The market is growing increasingly skeptical that Canopy Growth can perform. That's why at the moment, the stock still doesn't look attractive in these eyes.