Please ensure Javascript is enabled for purposes of website accessibility
Log In Help Join The Motley Fool
Free Article Join Over 1 Million Premium Members And Get More In-Depth Stock Guidance and Research
By Robert Izquierdo - Updated Oct 30, 2019 at 8:06AM

Despite the departure of founder Jack Ma, the e-commerce giant remains uniquely positioned for future success

E-commerce titan Alibaba (BABA 1.17%) experienced a changing of the guard September 10 as Jack Ma, the company's chairman, retired from the business he founded 20 years ago. The school teacher turned richest man in China oversaw the rise of Alibaba, but his departure will not slow the company that some call the "Amazon of China."

Comparisons to Amazon (AMZN 1.20%) are natural given both play in the e-commerce space. But such surface resemblances shed little light on what makes Alibaba a valuable opportunity for investors.

To better understand why Alibaba will continue to prosper despite Jack Ma's departure, let's look into what makes Alibaba an attractive investment. 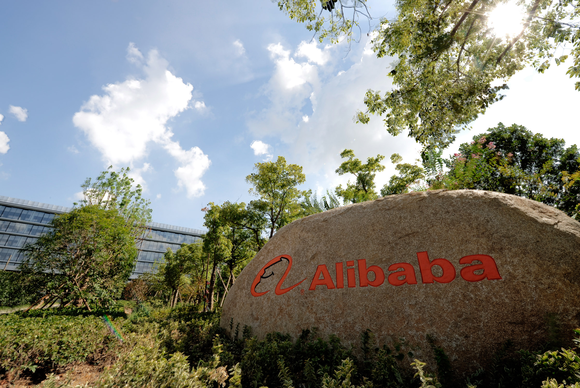 Alibaba grew annual revenues by an average of 56% between 2017 and 2019, adding $33 billion during that time. The company generates its strong financial results through a complex combination of businesses built up over Jack Ma's tenure.

At its heart is a mixture of e-commerce sites sporting various business models from enabling Chinese retailers to sell to international buyers to helping Chinese consumers sell to each other. Alibaba's e-commerce marketplaces supported 755 million monthly active Chinese consumers on mobile devices, according to CEO, Daniel Zhang.

Alibaba passes on the capital-intensive aspects of e-commerce, like inventory management, to its merchants and instead, powers a software platform that facilitates transactions and generates revenue through an advertising-supported search engine and optimized shopping experiences.

Beyond the e-commerce arena, Alibaba offers it's version of Amazon Web Service, Alibaba Cloud, which provides remote computing power, data storage, and a slew of other technical services. In another parallel with Amazon, Alibaba has i digital services arm that sells streaming music, television and ticket sales to live events.

Another jewel for Alibaba is Alipay, an online payment platform with over 600 million registered users, far larger than the popular Apple Pay's 252 million users.

Alibaba also benefits from the market it plays in. There are many reasons for this, including estimates that China will overtake the US as the number one economy in the next ten years.

This translates into years of upside for Alibaba. In 2002, the middle class represented 4% of the population. Today, it's estimated at 400 million, bigger than the entire US population.

A burgeoning middle class spending more on goods and services means increased sales for companies like Alibaba. China is now the world's biggest market for online retail and represents over 30% of the global luxury goods market.

But how is the trade war affecting China? It's still too early to tell. In June, retail sales increased 9.8% year-over-year while July saw an increase of 7.6%, still better than last year but a noticeable drop from the prior month.

Even with an economic slowdown, Alibaba has growth opportunities. According to the company's Executive Vice Chairman, Joseph Tsai, China's smaller cities are expanding and expected to increase retail consumption "from $2.3 trillion today to nearly $7 trillion by the year 2030." And thanks to its constellation of diverse businesses like Lazada and Alibaba Cloud, Alibaba can leverage its presence in regions outside of China, such as Southeast Asia.

Alibaba's current leadership has been firmly in place and steering the ship for some time. The company planned for Jack Ma's retirement more than a year ago when it first announced last September that Ma would step down. Under the new leadership, Alibaba has beaten analyst earnings per share estimates for the past four quarters.

In its most recent quarterly earnings report for the three months ended June 30, 2019, Alibaba revealed 42% year-over-year revenue growth. Its e-commerce businesses experienced a 44% revenue increase while Alibaba Cloud grew 66% in that time.

This impressive growth generated total revenues of $16.7 billion for the quarter, a 20% increase from the $13.9 billion Alibaba earned the previous quarter. Its stock is also a solid value compared to local competitors like JD.com (JD 4.14%). The current P/E ratio for Alibaba stock is 32.05 compared with JD's 51.41.

While Jack Ma's retirement marks the end of an era for the e-commerce behemoth, Alibaba has many opportunities in front of it. Trade war fears have depressed Alibaba stock from its 52-week high near $196 to its recent close of $178 at the time of this writing. So now is a good time to invest in the house that Jack built.