The Over-the-top (OTT) streaming war is intensifying. Netflix (NASDAQ:NFLX) built it and now others are going to milk it. After losing shows like "The Office" and "Friends," Netflix spent a huge amount to gain "Seinfeld." Netflix is trying to fill the huge gap after losing three of its top shows. On the other hand, Disney (NYSE:DIS) is launching its streaming service on Nov. 12.

It's far from a duopoly in streaming. In addition to Netflix and Disney, consumers can choose from Roku, Google, Amazon, Virgin Media which is owned by Liberty Global, and private companies with streaming services: BBC, All4, ITV, and Sky. We can expect Apple, CBS, NBC Universal, which is owned by Comcast to enter the streaming market very soon, too. Comcast is starting free OTT offerings for internet customers. Which entertainment company will win this battle?

The battle for subscribers

A Disney+ plan will cost $6.99 per month and a bundle will cost $12.99 per month. The basic Netflix plan is $8.99 (Single Device) and the standard Netflix plan is $12.99 (Two Devices). Hence, Disney's stand-alone plan is lower than half the price of Netflix. Consumers will need to decide if they would pay $12.99 per month for three services or pay the same for a single video service. Disney is a three-headed monster with Disney+, ESPN+, and Hulu. Hulu offers a $5.99 subscription plan, cheaper than Netflix, as well as a no commercials plan for $11.99 that eliminates the majority of ad breaks. It has a subscriber base of 28 million and it has also partnered with music streaming giant Spotify. 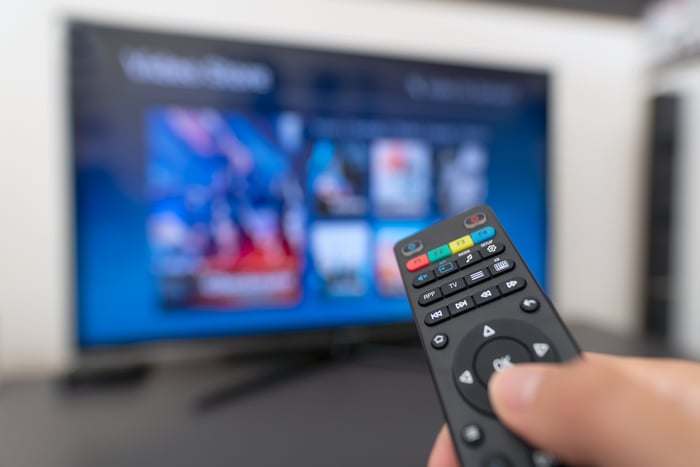 Investments made by Netflix can be justified if it continues to add new subscribers to the base, but it has been losing momentum when it comes to adding subscribers. Netflix lost more than 130,000 customers in the U.S. in the second quarter. This is the first domestic subscriber loss for Netflix in the last decade. Its estimates were targeting 5 million new subscribers but it only added 2.7 million and a deficit of 2.3 million subscribers is drastic.

The battle for cash

Although Netflix has received critical acclaim for producing original content, it takes a lot of money to do so. Netflix is burning through cash and has taken on loads of debt. The current valuation of the company is built on an assumption that the trend will continue but it could lead to more being shaved off from its valuation in the coming quarters. Netflix is worth $157 billion. Netflix's valuation grew 3.8 times over the last two and a half years, in part because Netflix is openly traded in the market.

The company's incremental expenses are 50% higher than its incremental revenue. It has a $3 billion loss in non-GAAP free cash flow during 2018. It has a low quarterly current ratio of 0.85 which clearly shows that the repayment of debt is going to be difficult for the company. An asset to liability ratio, or current ratio, below 1 is not good; a current ratio of 2 is excellent. Netflix spends more than $12 billion on content and it is expected to spend $17.8 billion by 2020. This shows that it might be difficult for Netflix to reduce the costs anytime soon and unless its revenues surge, the company will have a difficult time to grow its operating income. This will eventually bring down the valuation of the stock.

Disney's operating income showed a 35% decline year over year and the operating expenses stood at $17.69 billion, a 56% increase year over year. It has a current asset to liability ratio of 0.70 and a non-GAAP free cash flow loss of $2.92 billion. Hulu is valued at $15 billion. It grew 2.6 times in two and a half years.

Hulu continues to spend big on content. Out of the $4.2 billion revenue generated in 2018; Hulu earned 36% from ads and 54% from the on demand subscribers. Hulu spends more than $2.5 billion on content and it is expected to lose $1.5 billion this year. It is estimated that Hulu will start turning a profit in 2023. Hulu would be more valuable if it were a separate, publicly traded company. The current valuation of Disney is riding high on the expectations that the company will generate high revenue after the launch of its streaming services. However, it is too soon to tell.

The battle for investors

Netflix's stock soared to an all time high in 2018 and since then, it has faced tough obstacles as the field became more crowded. It's no longer a favorite stock. It enjoyed a meteoric rise in 2018 and has come back to earth a bit, in the form of a 40% correction. The stock has been down since the start of the year. This week, it fell to its lowest since January after co-founder Reed Hashtings said he sees tough competition from Disney and Comcast. Many investors sold their Netflix shares after news of the company losing U.S. subscribers in its second quarter. Concerns related to growth are also rising as the competitive landscape changes and the cost of customer acquisition is on the rise. Pain for Netflix's stock is not likely to ease until it shows consistency in growth in the paid subscriber base. Disney's revenues fell below analyst estimates and its stock price fell about 4% last week. Disney's stock decline was less drastic than that of Netflix. In terms of valuation, Disney looks stronger than Netflix. The gap is pretty wide at the bottom where Netflix has depressed earnings, high cash outflow and low subscription numbers.

Disney's stock is currently trading at a discount compared to Netflix's stock. Disney has a forward P/E ratio of 21.32 and Netflix has a P/E ratio of 55.74. There has been significant volatility in Netflix shares, so investors who can't stomach a constantly moving stock price would do best to avoid this stock for the time being. Netflix needs to change course and stop relying on the past strategy where it was a single player in the industry. It will have to find ways to stand out in a crowded streaming market.

Disney is clearly shaping up to be a Netflix killer. You can avoid the stock but keep your favorite shows.