There doesn't seem to be a lot of love for that new stock smell on Wall Street these days. More than 50 of the 114 companies that have gone public on stateside exchanges in 2019 are currently trading below their IPO prices, and the climate is only getting more unkind. Peloton (NASDAQ:PTON) is the latest underwriter misfire, tumbling after the high-end fitness specialist went public on Thursday. September's been rough, with other aspiring debutantes including co-working giant WeWork and Hollywood talent agency powerhouse Endeavor suspending their offerings at the last minute. No one said investing in IPOs would be easy.

Some of the current losers of this year's rookie class will recover, but many of them won't. Peloton joins Jumia (NYSE:JMIA) as two of 2019's IPOs that don't seem likely to bounce back in the year ahead. Let's go over the challenges that will make it hard to fix some of 2019's broken offerings. 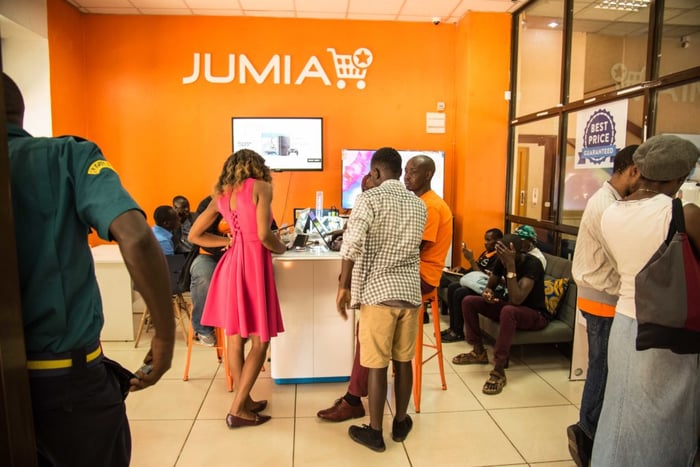 There's a certain level of schadenfreude in watching last week's Peloton offering fail. Who has $2,245 for a basic Peloton bike or nearly double that ransom for a treadmill? Why pay $39 a month for a subscription to make the most of the connected-fitness nature of the big-ticket workout gear?

In Peloton's defense, a lot of people are flocking to its high-end fitness platform and sticking around. Revenue more than doubled in fiscal 2019, up 110% to hit $915 million. Once you make the costly investment to hop on the Peloton ecosystem, you tend to stay given the company's 95% retention rate over the past year. There are 511,202 Peloton subscribers as of the end of June, with the average net monthly churn rate clocking in at a healthy 0.65%.

The rub for Peloton is that there is a ceiling as to how many people are willing to fork over thousands for in-home gear, an important part of the revenue mix since hardware sales account for 79% of its top-line results. Subscription revenue will be the driver eventually, but with so many gym memberships now running at lower price points, the value proposition that Peloton offers will continue to have a limited addressable market.

There was plenty of hype when the leading online marketplace in Africa hit the market at $14.50 per share in early April. Investors thinking that they were buying into the MercadoLibre of Africa -- at a time when the Latin American marketplace operator was one of the hottest stocks on the planet -- jumped on the offering. Jumia shares would go on to more than triple a few days later. Naturally, it has given back all of those early gains.

A closer look at Jumia's business and the unique infrastructure and consumer acceptance challenges in the region it operates makes it easy to see why the company failed to live up to the hype. Jumia's business is definitely growing. Revenue rose 58% in its latest quarter, and its active customer count has risen from 3.2 million to 4.8 million over the past year. It's another story on the way down the income statement, with Jumia's operating deficit widening and analysts bracing for annual losses through at least 2023.

There is long-term potential in the African continent, but it's years away from becoming a reality. Right now Jumia is facing fulfillment challenges given rudimentary address systems, a lack of social acceptance for online payment platforms, and the fact that less than 1% of Africa's sales are currently being satisfied online. It also didn't help that Jumia has had to tackle corruption, with some of its independent sales consultants accused of engaging in improper sales practices. The company has the potential to be a market-beating investment in a few years, but it's nowhere close to proving that to be the case right now.