Ford will take a big write-off, but for good reasons.

Ford Motor Company (F -3.74%) has confirmed that it's forming a joint venture with Indian automaker Mahindra & Mahindra Ltd. (MAHMF 1.69%) that will take over much of Ford's struggling business in India.

The new joint venture will be valued at $275 million, far below the roughly $2 billion Ford has spent trying to become a major player in India's new-car market. But it still might be a good deal -- or at least the best available option -- for the Blue Oval's Indian operation. 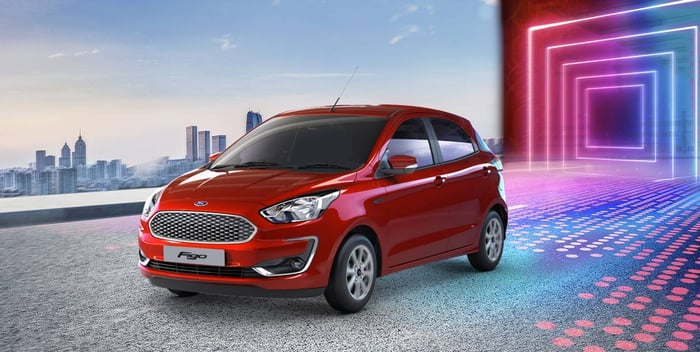 The little Figo is the cheapest model in Ford's India portfolio, but it's still expensive by Indian standards. The new deal with Mahindra will give Ford lower-cost vehicles to sell. Image source: Ford Motor Company.

In a joint statement, the two companies said they have agreed to form a joint venture that will "develop, market, and distribute Ford brand vehicles in India" as well as both Ford- and Mahindra-brand vehicles in other "high-growth emerging markets" around the world.

Ford will transfer much, but not all, of its existing India operations to the new joint venture, including its assembly plants and workers in Chennai and Sanand. Ford will retain an engine factory in Sanand as well as a business-services unit and its Ford Credit and Ford Smart Mobility operations in the country. The joint venture will be valued at $275 million initially.

The venture builds on a partnership deal Ford and Mahindra signed in 2018. The joint venture will aim to launch three new sport-utility vehicles in India to be sold under both the Ford and Mahindra brands, beginning with a new midsize model that will use a Mahindra platform and powertrain. The two companies also plan to collaborate on a series of new electric vehicles designed specifically for emerging markets.

Ford will continue to own its brand in India, and the Ford-brand vehicles produced by the new venture will be distributed by the current Ford India dealer network. Likewise, Mahindra will continue to own its brand, and Mahindra-brand vehicles produced by the joint venture will be sold and serviced in India via Mahindra's own dealer network, and via Ford dealers in other emerging markets. There will be no jointly branded ("Ford-Mahindra") vehicles, the companies said.

Ford and Mahindra expect the new joint venture to be operational by mid-2020, pending regulatory approvals. Ford said it will take a one-time non-cash impairment charge of between $800 million and $900 million against its third-quarter earnings related to the pending sale of its assets to the joint venture.

Who is Mahindra & Mahindra?

Mahindra & Mahindra, often called "The Mahindra Group" or simply "Mahindra," is a major industrial conglomerate in India. Among other things, it's the world's largest tractor manufacturer by volume and a key player in a number of other fields. Of note, it has been India's leading maker of sport-utility vehicles for decades. In passenger vehicles, it's probably best known for the Mahindra Bolero, a big, boxy, rugged, and relatively inexpensive off-road-capable SUV that has been a best-seller for years. 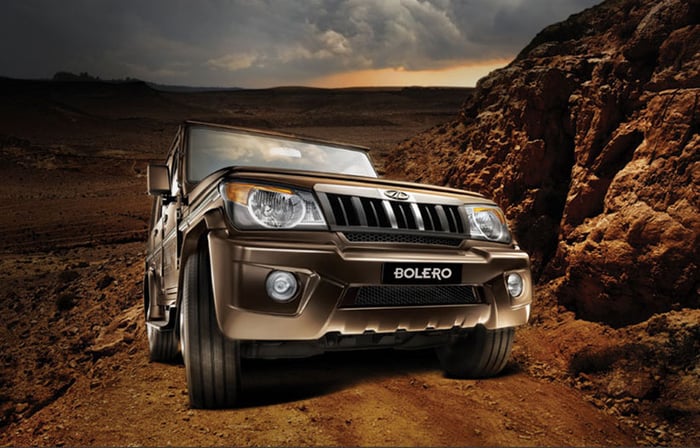 The Bolero and Mahindra's other SUVs are simple and rugged, but they fall short of global standards of refinement. That isn't a criticism -- it has been a formula for success in India -- but as Indian consumers become more prosperous, Mahindra would like to be able to create more upscale products for them. Mahindra would also like to increase its exports, which currently generate about 7% of its automotive revenue, and increasing the global competitiveness of its products will help that effort as well.

Simply put, Ford has been helping Mahindra to do that, and the joint venture will take that effort several steps further. As Mahindra managing director Dr. Pawan Goenka said in a statement:

The joint venture will have a distinct product portfolio with shared platforms and powertrains, the newest technology, high quality and engineering standards from both Mahindra and Ford, at optimized costs. This winning combination will enable the joint venture to successfully position its vehicles in India, as well as unlock the potential of other highly competitive emerging markets.

What Ford gets out of this

As longtime Ford investors know, the Blue Oval has struggled for years to gain a foothold in India's new-car market. The challenge for Ford has been that its global product portfolio is ill-suited to compete in India's market, which is dominated by inexpensive models built by a local subsidiary of Suzuki Motor Corporation (OTC: SZKMF).

The Figo is a close relative of the tiny Ka that Ford originally developed in Brazil as a low-cost model for emerging markets. It's a small, simple car by Western standards. But in India, it's priced as an upscale model, which makes it hard to sell to frugal Indian consumers, and Ford hasn't been willing to spend the money to develop something cheaper.

Simply put, the joint venture with Mahindra is a way for Ford to get some new Ford-brand SUVs that can be profitably sold at prices closer to what Indian consumers expect to pay as a way to build the brand's presence in what could eventually be one of the world's largest new-car markets.

Is it a good deal? Yes, in that it's probably the best path available to Ford in India right now.