Please ensure Javascript is enabled for purposes of website accessibility
Log In Help Join The Motley Fool
Free Article Join Over 1 Million Premium Members And Get More In-Depth Stock Guidance and Research
By David Jagielski - Oct 3, 2019 at 8:34AM

A bad quarter has sent the enterprise software company's stock into the abyss, but it's not likely to stay there.

BlackBerry (BB 0.59%) has seen its share price collapse in the past few weeks after it released its most recent quarterly results.

While the enterprise software company disappointed investors and failed to meet expectations, the stock is still a good buy, and with its share price continuing to fall, it could be one heck of a deal. Here are three reasons why.

1. Not bad enough to justify the sell-off

Although BlackBerry missed expectations, it wasn't the epic failure that the drastic fall in share price would have you believe. Sales were down from the previous quarter, but the company still saw good growth in its licensing segment, where revenue rose 26.8% from the prior year. Internet of Things (IoT) sales were down 2.9%, but BlackBerry explained that this was due to reorganizing the salesforce, which resulted in fewer deals being closed. It also trimmed the top end of its guidance for the year, but that, too, doesn't justify a drop of close to 30% in share price since the earnings release.

BlackBerry did a lot of good things during the period, like seeing gross margin remain above 72%, which was higher than last quarter. It also saw good cash flow from operations of $18 million, with free cash coming in at $14 million. Generating positive cash flow is crucial for it to continue to grow and take on investments without having to dilute shareholders or take on debt. While the quarter may have been slightly disappointing, investors need to remember it's just a three-month period -- nothing more. The company can bounce back. 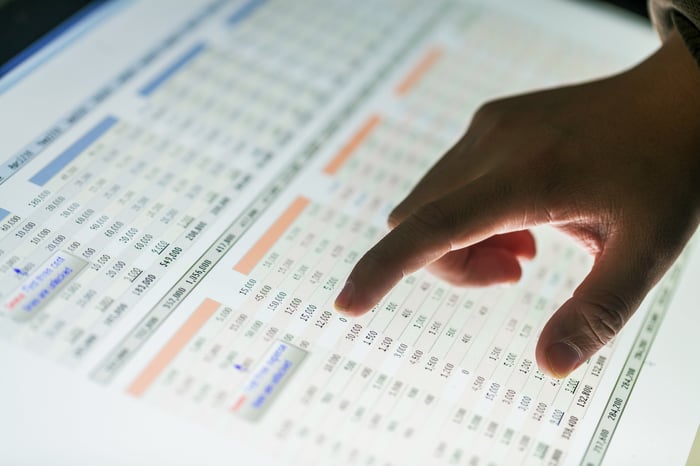 The last time BlackBerry was trading this low was back in the early 2000s. It's changed a lot since then and just highlights how big of an overreaction this has been by the markets. It still has a lot of great value to offer, and the stock is trading right around its book value.

There's a lot of negativity surrounding the stock, and that bearishness is effectively priced into the value of BlackBerry shares today. That's a good thing for investors because that makes it easier for good news or a good earnings beat to give the stock a big boost if it happens.

At this price, the stock could prove to be a terrific bargain for investors.

3. A lot of potential growth left

One of the big reasons that BlackBerry is an appealing growth stock is that the company has many possible avenues for growth. Not only is it involved in cybersecurity and has a strong reputation in data protection that's helped it gain the trust of the National Security Agency and the U.S. government, but it's also involved in developing software for driverless cars.

Both of these are exciting opportunities for BlackBerry, especially as we see more self-driving cars hit the roads and as a focus on data protection intensifies in the tech world. That's not even taking into account its acquisition of Cylance in February and BlackBerry being able to take advantage of opportunities in artificial intelligence. Any one of these paths could lead to significant growth. While it may not be this quarter or even next year, there's definitely a lot to like about BlackBerry's future.

BlackBerry had a bad quarter, but the business isn't broken and its growth hasn't likely peaked. The company is still in the early stages of what could be significant long-term growth as it continues to build up its brand after a failed effort to compete in the handheld markets. And with better margins and profits being more likely to be attainable this time around, the stock could prove to be a lot more stable than it was a decade ago.