Please ensure Javascript is enabled for purposes of website accessibility
Log In Help Join The Motley Fool
Free Article Join Over 1 Million Premium Members And Get More In-Depth Stock Guidance and Research
By Rich Duprey - Oct 3, 2019 at 10:00AM

There may have been more hurdles than the e-commerce giant expected to expand its use itself.

Although Amazon.com (AMZN 2.07%) had plans to open 3,000 Amazon Go grocery stores featuring what it calls its Just Walk Out technology, only 16 such stores have opened in the past three years, with two more coming soon.

Since the company launched the first Amazon Go store to employees in 2016, its outlook on establishing a physical retail presence has grown, but undergone a radical transformation. Now it is reportedly considering leasing the technology to partners like movie theaters and airport shops, suggesting Amazon's plans are once again in metamorphosis. 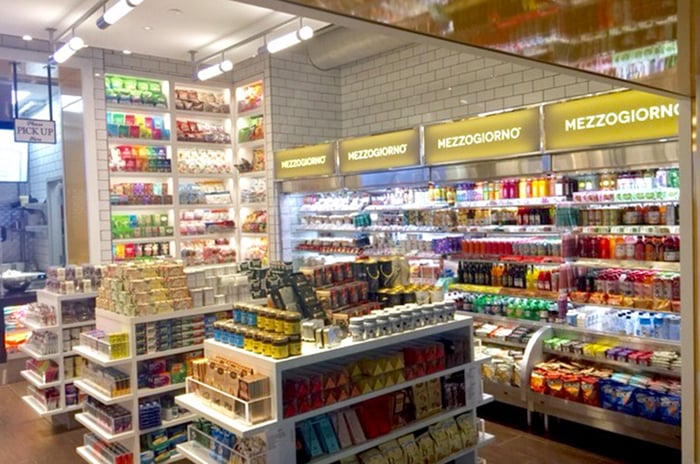 Licensing its Just Walk Out technology to third-party convenience stores could be how Amazon.com grows the cashier-less business. Image source: OTG.

A new industry sprouts up

The creation of Amazon Go did alter the retail landscape and change how companies look at checkout. The cashier was always a pain point for the consumer, and an expensive one for the retailer. Cashier-less technology promised to alleviate the concerns for everyone, though Amazon's version is an expensive option.

It's estimated to cost around $1 million to build one of the small, 1,500-square-foot Go stores because of all the cameras, artificial intelligence, and machine-learning technology that need to be crammed into the space in order to allow customers to take what they want and just leave.

Yet it has spurred competition:

Amazon may have figured that -- along with its reported new supermarket concept completely separate from Whole Foods Market -- its checkout-free technology is better as a licensing play than as a basis for developing a costly new store on its own.

Better for thee than for me

Not that the checkout-free option won't be incorporated into its own stores, but licensing it to third parties gives it a chance to profit from the technology. It's estimated that many of the Amazon Go stores other than the one at Amazon headquarters are unprofitable.

Finding locations is apparently not easy because of the height requirements for the surveillance cameras that track goods around the store, and because the stores need to be in high-traffic areas that will generate sufficient visits to make the investment worthwhile.

Those are likely at least a couple of the reasons Amazon is reportedly in discussions with movie theater operator Cineworld (CNWGY -9.72%), which owns the Regal theater chain; and OTG, an airport terminal designer that also operates CIBO, a chain of airport food marts. Such locations offer the ceiling height and traffic that the Amazon Go technology needs, as do baseball stadium concession stands, another partner Amazon is considering.

Piling up the profits

The added benefit of licensing the technology to third parties is that it could eventually entice those partners to use Amazon Web Services, its cloud-based platform that could host the technology.

Amazon has lost a number of high-profile AWS customers such as Walmart and Target as it increasingly encroached on their retail business, but it remains Amazon's premier profit center.

A difficult hurdle for Amazon is the growing reluctance to allow cashless stores. New Jersey and Massachusetts have banned such stores, as have San Francisco and Philadelphia. While New Jersey carved out some exceptions (such as airport stores), stadiums and movie theaters are still very much included, and more states and cities might follow suit.

The brick-and-mortar retail strategy seems to be more challenging than Amazon originally envisioned. But licensing its no-checkout system to third parties and letting retailers become tech companies themselves could be a way for it to have the best of both worlds.