A lawsuit raises hopes that there may be more money left over for stockholders.

Shares of bankrupt electric utility PG&E Corporation (PCG 2.14%) stock are getting a lift this morning. Down 82% over the last couple of years, PG&E shares are up 8% (as of 11:15 a.m. EDT), apparently in response to a lawsuit filed in California by consumer rights group the Utility Reform Network.

As Bloomberg reports today, the group is challenging the fees charged by law firms working on the PG&E bankruptcy, alleging that "overstaffed meetings ... questionably high hours and submitted travel and meal expenses" have inflated the company's legal bills and "shouldn't have been allowed." 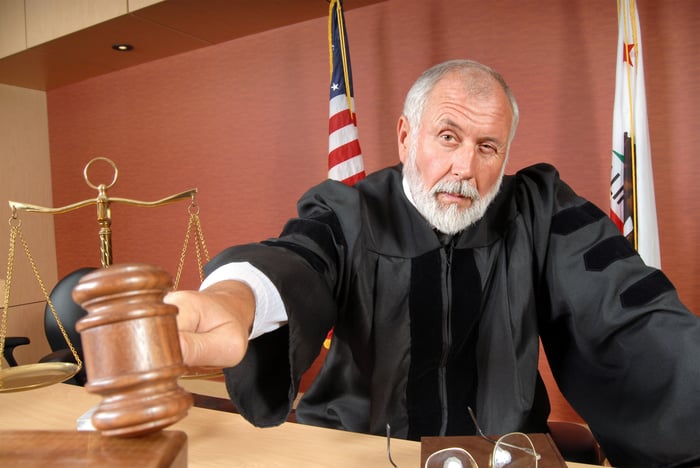 But as my fellow Fool Lou Whiteman pointed out last month, PG&E has already reached a legal settlement with 85% of the plaintiffs demanding compensation for PG&E's role in the California Camp Fire "and other fires in 2017." By limiting the damages PG&E might be exposed to, and opening the possibility that insurance coverage could pay the bulk of the claims made against the company, that settlement alone put PG&E "on track to emerge from bankruptcy without wiping out its shareholders."

That fact alone probably increased investors' willingness to take a flyer on the stock, now that it's down so much already.

And now we have this consumer rights group working to reduce PG&E's costs even further. Granted, it's not likely legal costs were going to rise to the level of the $11 billion settlement on the insurance claims, and any savings on law firm fees will probably pale in significance to the savings already secured. But money's still money, and if this new lawsuit means PG&E gets to keep even more of it, that increases even further the likelihood that shareholders won't be entirely wiped out when this whole bankruptcy business winds up.