The streaming model is becoming diluted and Netflix is paying the price.

Netflix (NFLX -1.52%) will release its third-quarter earnings on Oct. 16 and investors are anxious to hear the results after share prices dropped 30% from its 52-week high of $396 per share. Competition is turning up the pressure for Netflix to perform, looking for an increase in paid memberships while keeping current members in their seats.

The second quarter of 2019 was disappointing, showing a paid membership growth of 2.7 million subscribers -- which was well under the five million membership projection. Management expects the third quarter to grow by 7 million memberships, 6.1 million memberships higher than the same quarter in 2018. Breaking the 7 million expectation apart, 0.6 million are expected within the U.S. and 6.2 million internationally. The operating margin target of 13% is expected to be unchanged, which is in line with the 2019 fiscal guidance, up 3% year over year. 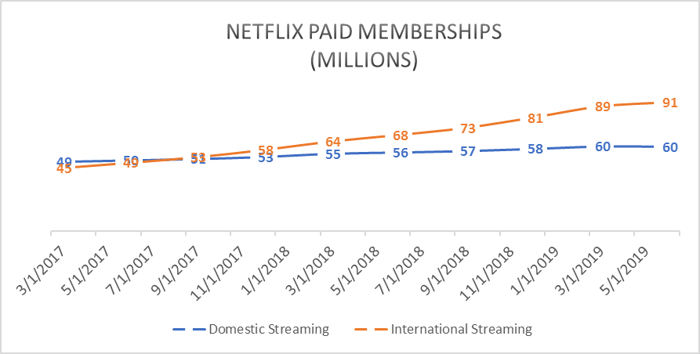 Netflix is building a strong content base, with 40 originals nominated for 117 Emmy Awards. As The Office, Friends, and the entire Disney (DIS -0.90%) catalog are coming to an end, it will be important for Netflix to create content that will not be exposed to increasing licensing arrangements. Netflix will slowly transition from the licensed content model to original content -- freeing up cash to be invested elsewhere. 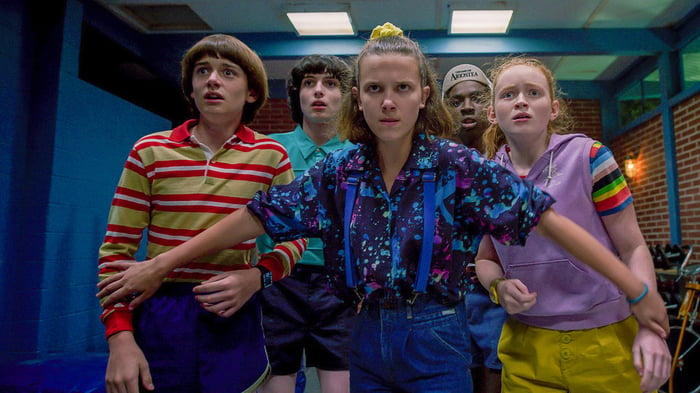 The recent success in Netflix's original portfolio was undoubtedly the third season of Stranger Things. Netflix released on Twitter that 40.7 million accounts watched the new season within the first four days of release from the July fourth launch date.

To offset the cost of creating each episode of Stranger Things, Netflix partnered with companies such as Baskin Robbins (DNKN), Burger King (QSR 0.00%), Nike (NKE -3.41%), and Coca-Cola (KO 0.13%). Paid placement and brand partnerships may be the new way of doing business for Netflix. Concave Brand Tracking proved that over 100 products appeared in the third season of Stranger Things, resulting in over $15 million in advertising value in the first three days of release. Netflix recently announced the fourth season of Stranger Things, continuing the successful franchise, partnering with companies to deliver rich content.

The Netflix streaming model is under intense competition from Google-owned (GOOG -0.54%)YouTube, Disney-owned Hulu, and Amazon (AMZN -1.13%), all offering streaming services. Unlike the competition, the largest advantage Netflix has is advertisement-free viewing. Following speculation that Netflix will eventually move to an advertisement platform, Netflix announced during the second quarter that any rumor of this is false and that Netflix will stay advertisement free.

To deliver rich and original content, Netflix is forced to take on more debt each quarter, which management stated is a necessary evil to fund content investments with high yield debt. With $4.85 billion in short term content liabilities and $12.6 billion in long-term debt per the second quarter, the debt model can only continue if subscriber growth continues. If there is a stabilization in overall subscriber growth, Netflix will be forced to raise prices or change the revenue model.

Stuck in a holding pattern

International and domestic subscriber growth will be closely watched during the next quarter, needing to hit the goal of 7 million new memberships -- in addition to operating margins at or above 13%. As competition heats up, each quarter will be scrutinized -- ensuring Netflix stays on target.

As an investment, Netflix is priced for growth with a price-to-earnings ratio of 84 and a negative free cash flow of $594 million in the recent quarter. Even after a 30% drop in share value, prospective investors will want to stay in a holding pattern until the third-quarter earnings are released.