A competitive market for PC CPUs is great for consumers but not so great for market leader Intel (NASDAQ:INTC). Before rival Advanced Micro Devices (NASDAQ:AMD) began launching its innovative third-generation Ryzen CPUs, Intel didn't have much trouble charging premium prices for its chips. That era of unchecked pricing power is now over.

Case in point: Intel's new lineup of processors aimed at high-end desktops. With legitimate competition from AMD this time around, Intel has been forced to do something foreign to the company for quite some time: compete on price.

AMD's third-gen Ryzen chips go up to 12 cores, with a 16-core chip set to be launched in November. The company will also soon launch new chips under its Threadripper brand, pushing the core count even higher.

AMD has been aggressive with pricing its high-end Ryzen chips:

This pricing has created a headache for Intel, which has been able to charge premium prices for its high-end chips in the past. When the company first launched its X-series processor family in 2017, aimed at content creators and gamers, prices were deep into nosebleed territory. The i9-7920X, a 12-core processor, had a launch price of $1,199. 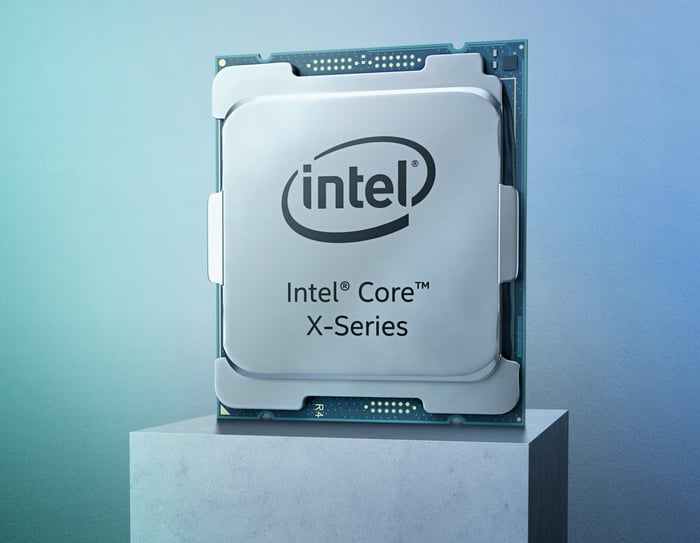 Those high prices may have worked in 2017, when AMD was finding its footing with its first-gen Ryzen chips. But not today. With AMD offering per-core prices that make Intel's older high-end products look like a joke, something had to give.

That something was Intel's pricing power. The company officially announced a new lineup of X-series chips on Monday morning, set to launch in November, along with some adjusted pricing for some of its other chips. The price cuts were deep.

Intel wouldn't be cutting prices unless it had no choice. While the company claims these new prices are simply a case of "continuing its charter to deliver more value and accessibility to customers," AMD's fingerprints are all over this announcement.

Margins could come under pressure

Intel is already feeling pain in its data center segment, although a slowdown in cloud demand is mostly to blame. In the PC-centric business, profitability has been holding up just fine. In the first half of 2019, the client computing segment recorded an operating margin of 39.1%, up from 35.5% in the prior-year period.

AMD's third-gen Ryzen chips didn't launch until July, after the close of Intel's second quarter. With AMD's latest chips effectively forcing Intel to lower prices on its highest-end desktop products, those lofty margins may be tough to maintain.

AMD is making progress outside of the high-end desktop market as well. Microsoft unveiled an AMD-powered Surface laptop earlier this month, giving the company a high-profile win in a market where it's struggled in the past. That should go a long way toward convincing consumers that higher-end AMD laptops are worth buying.

Lower prices from Intel was an inevitability, given the quality and pricing of AMD's Ryzen chips. Exactly how it will affect Intel's bottom line over the next few years remains to be seen, but it's unlikely to be positive. Investors will get an update from the company when it reports its third-quarter results on Oct. 24.