It's in a unique position to offer a new compelling ad format.

Roku (ROKU -0.53%) introduced a new ad format in its latest operating system update. Smart TV users may see interactive pop-up ads during regular TV commercials while watching over-the-air or cable television. The ads are designed to augment the message of the commercial, inviting viewers to engage further with the brand.

Roku is in a unique position to offer such a product. About 1 in 3 smart TVs sold in the U.S. this year use Roku's (ROKU -0.53%) operating system. Additionally, Roku's ad business is booming, with a run rate of around $500 million in the second quarter.

Roku's new ad format is its latest effort to attract a share of the $70 billion U.S. TV advertising market. 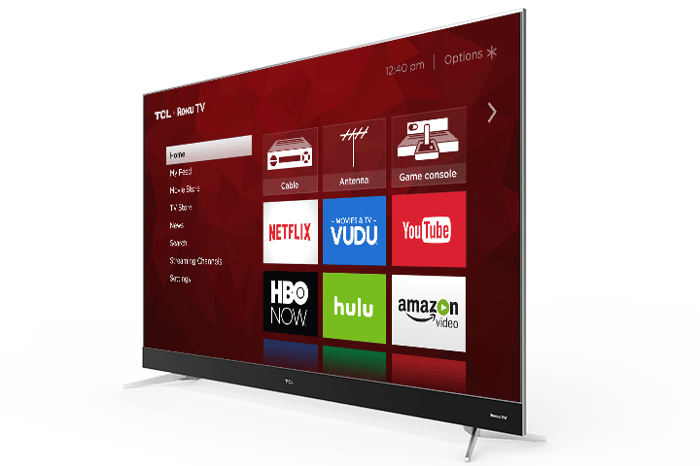 As much as cord-cutting has picked up steam in the last few years, there's still around 90 million pay-TV households in the United States. The average American spends over four hours per day watching traditional television. With the average ad load on television at about 15 minutes per hour, Americans are seeing more than an hours' worth of commercials per day on average.

Most television watchers supplement their viewing with streaming. Still, the average American streams just 47 minutes per day, and often on ad-free services. Roku's average engagement is notably much higher, at around 3.5 hours per day in the second quarter. Still, the average ad load for Roku can't compete with broadcast television.

If Roku can start showing interactive ads during non-streaming television viewing, that opens a lot of new ad inventory for it to sell. Even if marketers view the new ad format as merely a supplement to the TV ads they're running, leading to lower average ad prices than regular video ads, the sheer volume of television commercials combined with a growing percentage of Roku users using its smart TVs could be a massive opportunity for the company.

Roku's ability to capitalize on the opportunity relies on defending its lead position in smart TV sales. It's built a sizable lead already, and consumers don't buy new TVs very often, so the user base it has is pretty sticky. But it needs to continue to ink partnerships with manufacturers and retailers to maintain its share of new sales and prevent competitors from edging into the market.

One of the biggest threats to Roku's lead in smart TVs is Amazon (AMZN -1.44%). Amazon's Fire TV-powered smart televisions aren't nearly as popular as Roku's, but the online retailer is making a push to win the European market before Roku can establish a bigger presence in the region. Amazon announced several partnerships with European manufacturers and retailers earlier this year (not to mention it's a pretty popular retailer itself).

Amazon also has the potential to offer the same types of ads as Roku, but to a broader number of advertisers. Consumer packaged goods companies might not have as much interest or willingness to pay for Roku's interactive TV ads, but Amazon might be able to offer an ad that lets viewers push a button to buy any item thanks to its online marketplace business. That would be a very compelling advertising product that adds a lot of value to traditional TV commercials.

Amazon's challenge is to get its smart TV devices into more homes in order to build the scale necessary to offer such a product. Roku needs to be aggressive to defend its share of the market in order to maintain its ability to offer a relatively unique ad product and command strong ad prices. If it can do that, it has an ad product that could be a significant source of revenue long-term.