The footwear maker mixes gaming with e-commerce in a new Snapchat game.

Adidas (ADDYY -2.11%) recently launched Baseball's Next Level, a video game that can be played inside Snap's (SNAP -3.81%) Snapchat. The retro-style game, which was developed by AvatarLabs, lets gamers play as several MLB athletes, including the Yankees' Aaron Judge, the Astros' Alex Bregman, and the Dodgers' Justin Turner.

The featured athletes all wear digital versions of the company's own 8-bit Adizero or Icon V cleats, and players can purchase the real shoes directly in the game. The $130 cleats are adorned with pixel art patterns to resemble their video game counterparts.

Snapchat has taken baby steps into the gaming and e-commerce markets before, but Adidas' game marks the first time a physical product was directly sold from a Snapchat game. Let's see why it could be a smart move for both companies.

Back in 2015, Adidas launched a five-year turnaround plan to accelerate the design, production, and rotation of its products. It also planned to expand into urban markets with more brick-and-mortar stores, expand its e-commerce ecosystem, and strengthen its engagement campaigns with its customers, retailers, and partners.

To differentiate itself from Nike (NKE -2.30%), Adidas pivoted from traditional sports toward mainstream and social media celebrities. It secured big partnerships with Kanye West, who launched the top-selling Yeezy shoes; Beyoncé, who is developing a new line of footwear and apparel; and esports superstar Ninja for a new gamer-oriented campaign.

These moves likely bolstered Adidas' appeal among younger shoppers. In Piper Jaffray's latest "Taking Stock with Teens" survey, Adidas was ranked as the third most popular apparel and footwear brand in the U.S. Nike still ranked first in both categories.

The same survey found that Snapchat was the most popular social network for teens, with a 41% mindshare. Facebook's (META -0.86%) Instagram ranked second at 35%. That's why Snapchat is an ideal partner for Adidas.

Last year Adidas launched an AR lens for Snapchat which let users "try on" its Ultraboost shoes. The launch of Baseball's Next Level is an extension of that strategy and suggests that its previous AR experiment on Snapchat attracted some shoppers.

If Snapchatters buy shoes in Baseball's Next Level, it would expand Adidas' e-commerce ecosystem into mobile games and boost its direct-to-consumer revenue, which has consistently grown by the double digits annually in recent quarters. 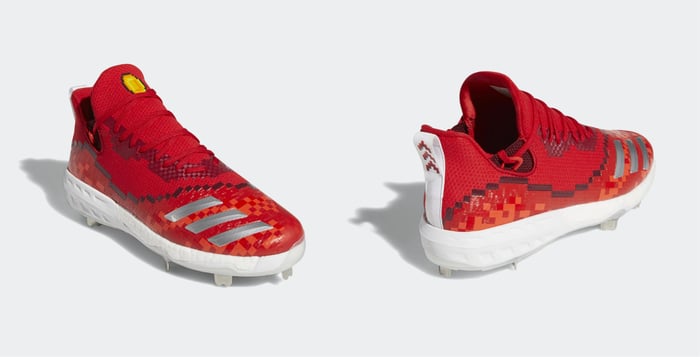 Another piece of Snap's expanding ecosystem

Snap struggled last year as its growth in daily active users (DAUs) dwindled and Facebook's Instagram copied its most popular features. However, the bleeding stopped in the fourth quarter, and its DAUs grew again in the first half of 2019.

Snap attributes that recovery to stronger sales of its automated ads, the redesign of its Android app, new AR lenses and games, and the expansion of its Discover platform, which includes a growing list of short Snap Original videos.

Those new features enabled Snap's ARPU (average revenue per user) to consistently outpace its DAU growth. Last quarter its DAUs rose just 8% annually to 203 million, but its ARPU surged 37% to $1.91. In short, Snap's ability to lock in users and squeeze out more revenue matters more than its DAU growth.

Video games and e-commerce represent two promising ways to increase the stickiness of that ecosystem. Earlier this year Snap launched a dedicated gaming platform called Snap Games, and the platform attracted prominent publishers like Zynga, which launched a "bite-sized" battle royale game called Tiny Royale. CEO Evan Spiegel stated that the platform was "off to a great start" during last quarter's conference call.

On the e-commerce front, Snap partnered with Amazon (AMZN -3.31%) to integrate its online marketplace into Snapchat, enabling users to visually search for products on Amazon. It also launched "shoppable ads" which let shoppers directly purchase products.

Adidas' game, which runs separately from Snap Games, straddles those two strategies. If Baseball's Next Level is successful, other companies might consider developing similar "shoppable games" for Snapchat -- which would advance both its gaming and e-commerce efforts.

A smart move by both companies

This single game won't move the needle for either Adidas or Snap, but it's a smart experiment that could benefit both companies. Adidas could strengthen its foothold with digital-first Gen Z shoppers, and Snap could gain an innovative way to lock in more users and boost its ARPU.