The inventor of the office cubicle accelerates its growth story.

If you've ever labored in a cubicle, you're familiar with the work of Herman Miller, Inc. ( MLHR -0.08% ). In business since 1905, the Zeeland, Mich.-based designer and manufacturer of high-end modern office and home furnishings counts among its signature pieces the iconic Eames lounge chair, the Noguchi table, and the Aeron desk chair. The company is also credited with inventing the now-ubiquitous office cubicle. 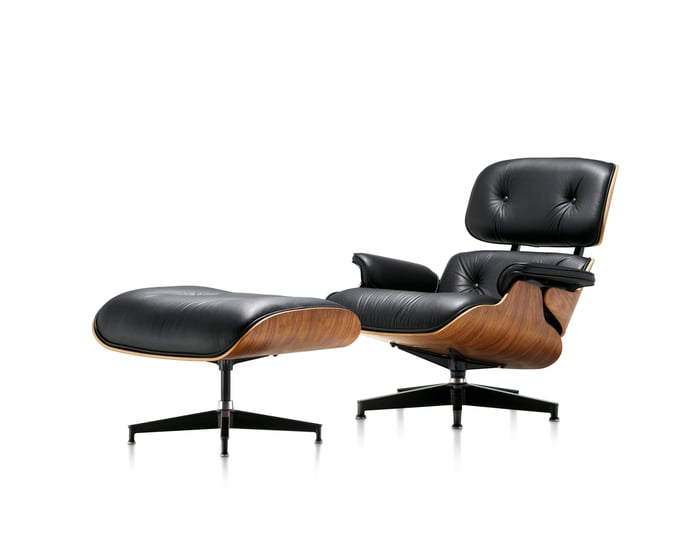 Herman Miller has been an active force for sustainability since the 1980s, winning many awards along the way. In 2010, the company became the first in the furniture industry -- and one of the first in the world -- to fuel 100 percent of its facilities with renewable energy.

And Herman Miller's resilience over its 114-year history is remarkable. It has weathered the Great Depression, various recessions, booms, busts, and everything in between, all while leaving indelible marks on functional and creative furniture design. Herman Miller is now known worldwide as a leading home and office furniture corporation.

History shows that management over the years has known something about running a company. The current team is resilient and adept at carrying on this tradition, exceeding its own predictions from the most recent quarter.

The quarter ended Aug. 31 showed net sales of $670.9 million, an increase of 7.4% over the comparable period in the previous fiscal year. New orders were up 6.9% over the prior-year level, and the company's order backlog jumped by 13%, to $400 million.

Uncertainty surrounding international tariffs is a current hurdle, but Herman Miller has proven equal to the task. Chief Financial Officer Jeff Stutz noted, noted, "We continue to navigate the global tariff picture effectively, taking action where we can. Our operating performance contributed to a significant increase in earnings per share compared to last year, exceeding the expectations that we established at the start of the quarter."

Invest or take a seat?

Analyzing how a company compares with competitors in the industry is a great way to start evaluating its opportunity as an investment.

Earnings growth is a critical metric for investors. Historically, the earnings per share (EPS) growth rate for Herman Miller is about 10%. But projected growth for the company is 14.8% for the year, beating the industry's average EPS growth of 12.5%.

Something else I like to take a look at is insider stock ownership. It can indicate management's conviction in the company's future strategy, and it helps ensure that the goals of the executive suite are aligned with those of stockholders like you and me. Herman Miller insider stock ownership clocks in at $18 million. That represents a buy-in of about 0.1%, which isn't a huge percentage, but it's enough -- and it's significant in terms of dollars.

Earnings estimates for the current year have been revised upward on Wall Street by an average of 2.9%, and while Herman Miller stock looks like a great opportunity for growth investors, value investors are increasingly seeing it as an excellent, undervalued opportunity, too.

I agree with both points of view. It's not often that a stock settles comfortably into the sweet spot of value and growth like this, and I think Herman Miller is worthy of consideration for almost any portfolio.