Johnson & Johnson (JNJ -0.90%) is a massive medical products conglomerate. But skimming through the headlines it's been producing lately, you'd almost think it was a law firm -- a really bad law firm, that loses a lot of cases: 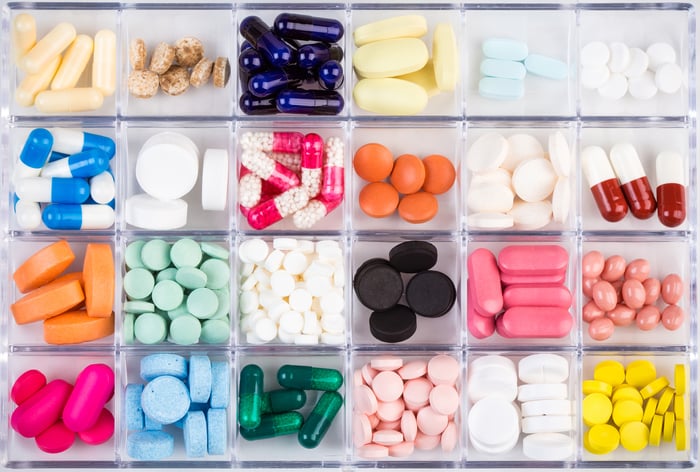 Calling Johnson & Johnson stock's current valuation "historically cheap," an analyst at investment bank Bernstein explained this morning that worries over the company's legal liabilities appear to have subtracted about $50 billion worth of value from the stock -- versus the $10 billion to $12 billion in settlements, penalties, and judgments that the analyst believes are more likely to ultimately result.

Responding to the Risperdal verdict on Wednesday, Johnson & Johnson called the jury's $8 billion punitive award "grossly disproportionate with the initial compensatory award in this case." The company's lawyers noted that "United States Supreme Court precedent dictates that punitive damages awards that are a double-digit multiplier of the compensatory award should be set aside." And given that the jury awarded only $680,000 in compensatory damages, the $8 billion punitive damages award -- 11,765 times the size of the compensatory damages -- "is a clear violation of due process," said the company, promising to move " immediately ... to set aside this excessive and unfounded verdict."

Bernstein agrees. In a note covered today on various sites, the bank predicts that in the end, total Risperdal damages from this plaintiff, and any other plaintiffs who emerge, will be no more than perhaps $800 million or so. Factor in another $5 billion in opioid liability, and another $5 billion for talc liability, and Bernstein puts Johnson & Johnson's total legal exposure at approximately $10.8 billion, plus or minus a billion.

Assuming Bernstein is right about this, once the eventual (smaller) size of the legal liabilities becomes clear, it should remove a big overhang from Johnson & Johnson stock.

J&J stock is currently trading for about 17% less than what it should be worth when valued as a "sum-of-the-parts," says Bernstein. Simply returning the stock to this valuation should be enough to lift the shares back up, and return them to a price of about $155 -- which is the price target that Bernstein assigns.

But does Johnson & Johnson actually deserve such a valuation?

I'm not so sure it does.

Consider that when valued on earnings under generally accepted accounting principles (GAAP), J&J stock already costs a hefty 22 times trailing earnings, which is in fact within a whisker of the S&P's overall valuation of 22.2 times earnings. (Johnson & Johnson also carries about a $15 billion debt load, net of cash, which arguably pushes its valuation up even further).

Granted, the stock does generate great free cash flow -- $18.4 billion over the past 12 months, versus its $16.3 billion in reported net income. Valued on free cash flow, therefore, the stock is a bit cheaper than it looks -- about 19 times FCF. But even so, analysts polled by S&P Global Market Intelligence don't think Johnson & Johnson will be able to grow earnings at any more than 7% or so annually over the next five years. (And this year in particular, growth is predicted to be even slower -- perhaps only 5.5%).

Even factoring in a dividend yield of 2.9%, I suspect that a valuation of 19 times free cash flow is a bit rich. Much as I respect the company and the business, Johnson & Johnson stock still looks overpriced, whether its legal troubles result in a win, lose, or draw.