Shares of Spirit Airlines (NYSE:SAVE), a discount airline operator known for cheaper base fares and options for travelers to upgrade amenities, jumped more than 11% Friday morning after the company announced some third-quarter metrics would be better than previously forecast. The conference call will be held on Oct. 24.

Digging into the specifics, management now expects total revenue per available seat mile (RASM) to be down roughly 2% in the third quarter compared to the prior year. While investors would love for that metric to be better, it's not as bad as the 2.5% to 3.5% decline the company had previously guided for. Management also expects cost per available seat mile (CASM), excluding fuel, to rise 8.5%, which is less than the original forecast calling for a 9% to 10% range. The driving force behind better-than-expected RASM was a smaller impact from Hurricane Dorian as well as higher passenger volume, and better operational performance was attributed to the lower-than-expected cost increase. 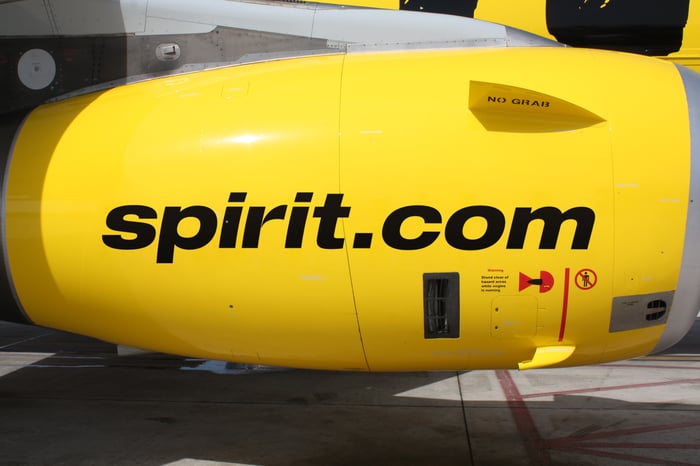 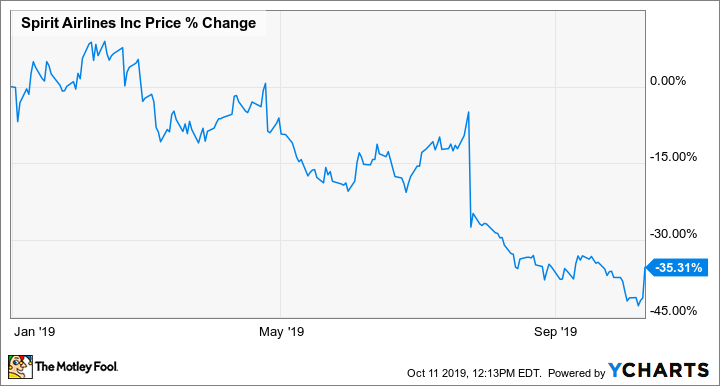 Friday's news was welcomed by investors, who have watched the company's stock drop 35% year to date, including today's spike, and after recent downgrades from analysts Andrew Didora of Bank of America and Jack Atkins of Stephens. Despite the downgrades, Spirit will focus on what it has done well in the past, which is lower costs as much as possible. Spirit can also boost unit revenue when it finishes installing in-flight Wi-Fi, perhaps by the end of 2020, and will continue to improve operations by culling routes that aren't as lucrative as intended.

Spirit has had its challenges in 2019, but it trades at a cheap 6 times price-to-earnings ratio, and today's improved guidance could give investors hope the company can be the growth stock many believed it was.