It's all about profits, but the details are surprising.

The two companies announced that they have agreed to work together to develop a concept for an upscale commercial passenger drone, and to evaluate the potential market for such a vehicle.

Is this just a flight of fancy, or is it a peek into the near future?

What Boeing and Porsche said

Boeing and Porsche said that they have signed a Memorandum of Understanding "to explore the premium urban air mobility market and the extension of urban traffic into airspace."

Under the deal, engineers from Boeing, Porsche, and Aurora Flight Sciences -- a Boeing subsidiary that designs and builds drones -- will work together to design an autonomous, all-electric "premium air mobility vehicle" that can take off and land vertically. Once the design is done, the team will build and test a prototype.

The two companies will also work together to define possible use cases for such a vehicle, and to assess potential markets. 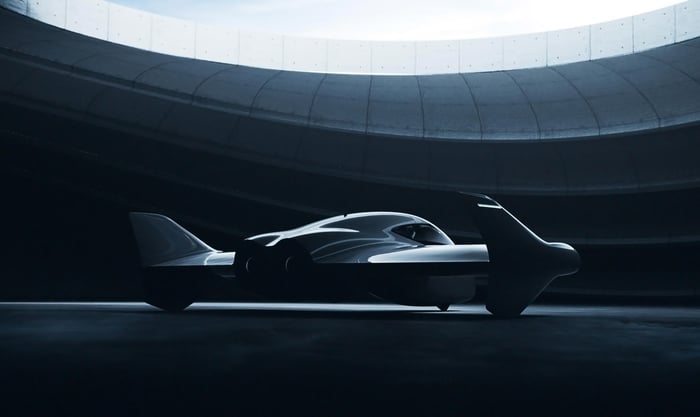 Porsche and Boeing released this rendering of an upscale self-flying taxi. The two have agreed to develop a prototype of such a vehicle. Image source: Boeing Co.

Porsche's marketing chief, Detlev von Platen, said that a move into the air-mobility space could be part of a larger vision for the company. "Porsche is looking to enhance its scope as a sports car manufacturer by becoming a leading brand for premium mobility," he said. "This could mean moving into the third dimension of travel."

A premium air-taxi service is also one part of a larger vision for Boeing NeXt, the aircraft maker's future-mobility subsidiary. Boeing NeXt is working to create a "next-generation mobility ecosystem" in which autonomous and human-piloted air vehicles can safely coexist.

Steve Nordlund, Boeing NeXt's general manager, said that the partnership could accelerate the development of urban air mobility. "This collaboration builds on our efforts to develop a safe and efficient new mobility ecosystem," he said.

As auto investors know, Porsche's automotive sales volumes are small, but its profits aren't: They're a major component of parent Volkswagen AG's (VWAGY -0.61%) bottom line. While Porsches accounted for just 2.6% of the passenger vehicles that Volkswagen Group delivered in the first half of 2019, Porsche contributed 31.6% of its parent's operating income from passenger vehicles over that period.

Both Porsche and VW are now looking for ways to ensure that flow of profits continues as the auto industry moves toward electric, connected, and autonomous vehicles over the next couple of decades. 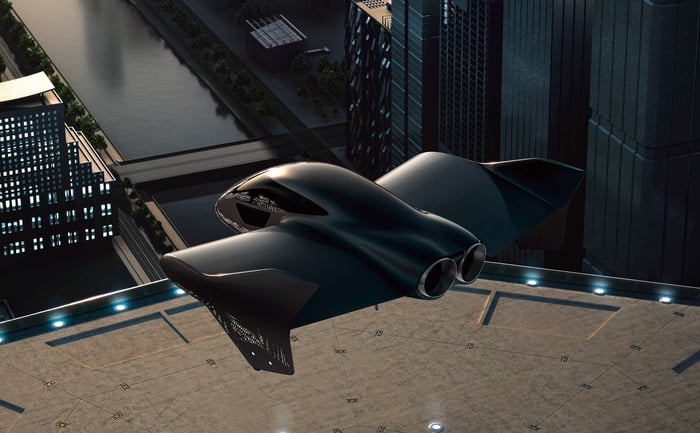 Porsche and Boeing envision an electric, autonomous passenger drone that would take off and land vertically. Image source: Boeing Co.

Porsche Consulting took a close look at the potential market for electric passenger drones in a study last year. The study estimated that commercial passenger drones will start to come into service in about 2025, and that by 2035 there could be about 23,000 of these air taxis in service, creating a market worth roughly $32 billion.

The study also concluded that urban air mobility solutions could transport passengers more quickly and efficiently than ground transport, and -- significantly -- at lower cost, in time. (Note that the study's authors see passenger drones as a "hub-to-hub" solution, moving between established stations, rather than "end-to-end" like taxis. That limitation will be necessary to keep the skies from becoming overcrowded, they think.)

Simply put, the deal with Boeing allows Porsche to explore possibilities for an upscale, premium electric passenger drone that is consistent with the brand's image and values, as part of a larger effort to figure out how Porsche can continue to generate strong profits as mobility technology evolves.