After a few rough years for toymaker Hasbro (NASDAQ:HAS) -- including a big drop in stock price in 2018 partially caused by lost sales from the Toys R Us bankruptcy -- shares have rallied big this year and are up to near all-time highs.

Hasbro has been making efforts to evolve with changing consumer tastes, and the stock price is reflecting that. It also means that shares don't come cheap at the moment. The stock is currently sporting a trailing-12-month price-to-earnings ratio of 49.5.

However, valuation is only part of the story. Ahead of the all-important holiday shopping season, Hasbro is worth a serious look.

The toy company's current valuation and the loss of the Toys R Us retail chain are indelibly connected. When the toy retailer closed up shop, Hasbro lost an integral point of distribution for its goods. Add in a down year for some of its merchandise partners (like Walt Disney, which taps Hasbro for its Star Wars and Marvel superhero toys) and muted activity in Europe, and Hasbro's sales in 2018 fell 12%. 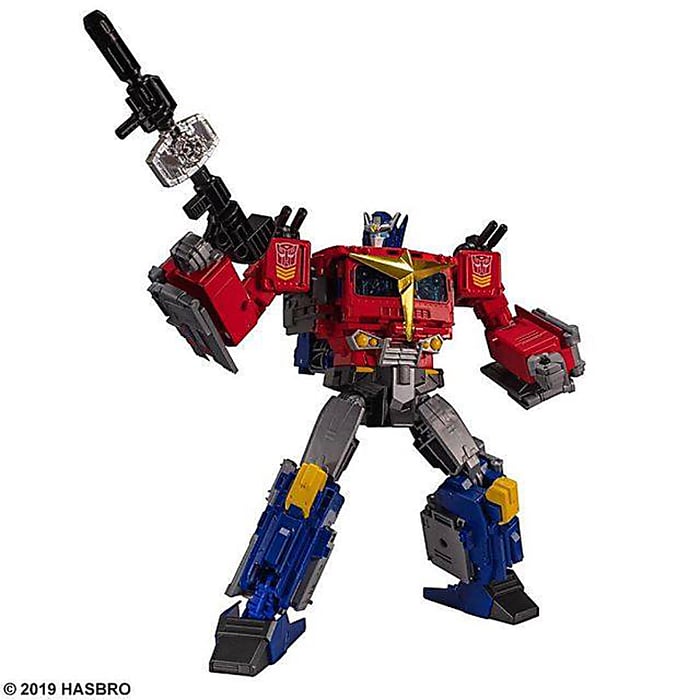 An image of the Hasbro toy Optimus Prime from the Transformers collection. Image Source: Hasbro.

Finding new sales channels -- especially of the digital variety -- were of top priority in a post-Toys R Us world. As a result, Hasbro's bottom line took a beating. Earnings fell sharply, even going negative for part of 2018, and the company is still lapping those ugly numbers. That is a key reason for the current high P/E.

However, Hasbro's sales have rebounded this year, up 6% through the first six months, and earnings have returned to positive territory. Based on analyst expectations, one-year forward P/E is a much more reasonable 22.9, and trailing-12-month free cash flow (money left over after basic operating and capital expenditures are paid) has leveled out at 25.2.

Granted, neither of these two figures makes Hasbro stock a bargain. The average trailing price-to-earnings multiple for the S&P 500 is at 22.8 as of this writing. With sales growth just in the mid-single digits, one could argue Hasbro is too pricey. But a robust November and December could change that, with lackluster earnings from a year ago replaced with better digital selling profit margins.

Adapting to new ways of play

Hasbro is not simply undergoing a recovery. It's also implementing key changes that could make it a real growth stock. The company has been adding new digital business segments. The Transformers franchise has been a testbed for shows, movies, and games, and Hasbro is using its myriad of other brands to launch similar multipronged strategies. Power Rangers is getting a new TV show and video game, and the Magic: The Gathering game is also getting turned into a Netflix series.

Doubling down on its best areas of growth, there is also the pending acquisition of Peppa Pig's parent company, Entertainment One (OTC:ENTMF), for $4 billion. It may seem like steep pricing for a kids' TV show, but it's all about Hasbro bettering its ability to tell stories across multiple formats, from toys to TV to digital games. Coming with Entertainment One's marquee Peppa Pig show are exactly the digital capabilities -- like TV production and distribution relationships, game development, and even virtual reality content development -- that the company can work to monetize.

So far in 2019, Hasbro's entertainment, licensing, and digital segment has led the charge with year-over-year sales increases of 24% in Q1 and 28% in Q2. Recovering from the loss of a major brick-and-mortar store presence is a serious challenge, but Hasbro's moves in digital content could be the shot in the arm the toy maker needs. A 2.3% dividend yield certainly doesn't hurt, either. Headed into toy shopping season, Hasbro looks like a solid buy for all the right long-term reasons.