Please ensure Javascript is enabled for purposes of website accessibility
Log In Help Join The Motley Fool
Free Article Join Over 1 Million Premium Members And Get More In-Depth Stock Guidance and Research
By John Bromels - Oct 18, 2019 at 8:19AM

Both of these big industrial titans face short-term setbacks, but one has long-term issues.

It's a battle of the generals! General Electric and General Motors, that is. Both are titans of the manufacturing industry. Both are household names! Both are underperforming the stock market (in one case, badly).

When a top company stumbles, it can sometimes be a good opportunity to hunt for a bargain. Let's take a closer look at these industrial giants to see which one is the better buy. 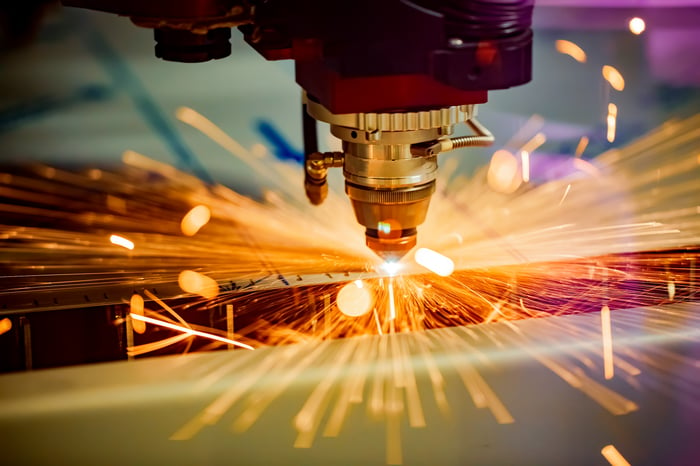 Before we get into each company's current situation to assess why they're lagging the market, let's just take a quick peek at some of their fundamentals to see how they're doing in general (no pun intended).

Well, clearly if you're a dividend investor, General Motors is far superior to GE, which slashed its dividend to help improve its balance sheet. That move -- though unpopular with investors -- has actually helped GE cut its debt load by more than 20% over the last three years, to the point that it's now slightly lower than GM's.

But there's a big caveat to those debt numbers: much of GM's debt (more than $90 billion) comes from its GM Financial arm, and at least $50 billion of that is income-generating debt through leases and auto loans. Meanwhile, GE has sold off most of its own GE Capital financing arm, and what's left is saddled with numerous insurance liabilities.

The companies' revenues aren't all that different, but look at the difference in how that revenue translates to net income and cash flow! GM is putting up a net profit while GE posting a net loss. The automaker is also bringing in three times as much operating cash flow as GE.

Any way you slice it, GM looks like the stronger of the two companies when it comes to the fundamentals.

In the near term

Let's look beyond the numbers, though, to see what investors can expect from these companies. Both are facing some short-term headwinds.

For General Motors, one big issue is the current UAW labor strike that it's trying to resolve. The situation seems closer to a resolution now than when the strike began on Sept. 15, but it has cost the company some $2 billion to date. When it ends -- which it's certain to do at some point -- it remains to be seen what kinds of concessions the workers can extract and how they might affect the company's bottom line.

Other issues for GM include the trade war, which is affecting its access to its largest overseas market (China), and what appears to be the beginning of a cyclical slowdown in auto sales globally.

For GE, a big short-term issue is the continued grounding of the Boeing 737 MAX jet, for which GE Aviation is the exclusive engine manufacturer. Because GE Aviation is one of the few profitable divisions of GE, any slowdown or disruption that affects it is a big red flag for the company. GE is also predicting a "reset year" overall in 2019, after which it projects a return to growth.

GM seems to be facing more varied and more immediate headwinds, so this category goes to GE.

Over the long term

However, when looking long-term, the picture changes significantly. Assuming GM's labor dispute and the Boeing 737 MAX issues are resolved in the near term and don't become long-term crises, the companies are looking at very different futures.

GE will be trying to turn around its stagnant power business, which relies heavily on gas turbine sales. The company really doesn't have a lot to fall back on if it struggles in this area: Its powerhouse aviation and healthcare divisions are already contributing about as much as can be expected to the bottom line. However, there isn't a lot of evidence that the gas turbine market is about to get any more lucrative or to grow significantly in the coming years. GE looks to be in for a long, hard slog.

For GM, on the other hand, a cyclical contraction in sales may not be as bad for the company. GM has implemented a cost-cutting program and is in the process of introducing several new truck models that have already helped its pickup sales start to rebound. General Motors looks set to weather the long-term industry headwinds.

General Motors, with its superior fundamentals and slightly better long-term outlook, appears to be the better buy right now. However, investors should be aware that, depending on how long the UAW strike continues, GM's Q4 numbers might underperform expectations, which could cause a short-term dip in the share price.

General Electric is a company with a lot of problems, both in the near and long term. CEO Larry Culp seems like a capable leader, and certainly he's receiving votes of confidence from GE stakeholders, but even the most competent captain can't turn a giant ocean liner around instantaneously. To top it off, there's hardly any dividend now to reward investors for their patience. GM is the better buy.