Find out what sent these stocks lower on a down day for the markets.

Tuesday was a volatile day on Wall Street, with most major benchmarks climbing to initial gains before finishing in the red. Quarterly results kept investors on their toes, with both positive and negative news coming from some of the most closely watched companies in the U.S. economy. Even though many stocks managed to post solid gains, bad news hit some companies hard. Hasbro (HAS -2.37%), Del Taco Restaurants (TACO), and Howard Hughes (HHC -1.47%) were among the worst performers. Here's why they did so poorly.

Shares of Hasbro plunged 17% after the toy maker announced disappointing third-quarter financial results. Hasbro reported a roughly 1% gain in revenue, with flat performance internationally and a slight decline in its core U.S. and Canada toy business. The company said that revenue from its entertainment, licensing, and digital segment jumped 20% from year-ago levels, but weakness in its gaming category and its franchise brands business held back its growth. Tariffs on Chinese imports have been especially difficult for Hasbro to overcome, and investors have to hope that those levies will go away and that strength in partner-branded product sales will provide a lift to Hasbro's overall results in the future. 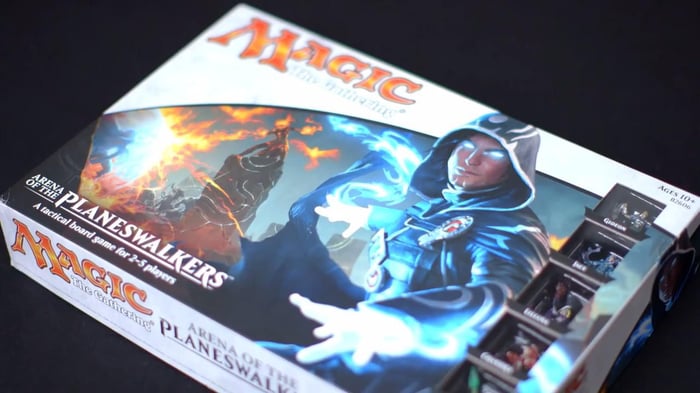 Del Taco Restaurants saw its stock drop 17% following its release of its third-quarter financial report. Del Taco said that comparable-restaurant sales were up 1%, helping to lift overall revenue by 2% year over year. Yet adjusted net income was down by roughly a third from year-ago levels, and CEO John Cappasola pointed to "inflationary pressure on food, labor, and operating expenses" for the lackluster results. Restaurant stocks have faced a lot of competition lately, and even the debut of new items like its Breakfast Toasted Wrap hasn't generated as much hype as investors would have preferred to see. In the long run, Del Taco hopes to use technological innovation to drive traffic, but that could take a while to show up in its numbers.

Finally, shares of Howard Hughes fell 16%. The real estate company announced that it would implement what it called a "transformation plan," moving its corporate headquarters from Dallas to Houston and replacing outgoing CEO David Weinreb with Paul Layne. Howard Hughes will sell off noncore assets, expecting to raise roughly $2 billion over the next 12 to 18 months. All that might sound reasonable, but investors had hoped that Howard Hughes would put itself up for sale. Today's plan suggests that's not going to happen, and that disappointed those who'd hoped to make easy money from a potential takeover bid.