Trouble continues for iRobot, and Chipotle sells a lot of burritos.

The stock market was largely unchanged by Wednesday afternoon following a stream of new earnings reports. Those reports were a mixed bag, and nothing was able to light a fire under the broader indices:

One company that disappointed was iRobot (IRBT 0.35%). While the robot-vacuum maker beat expectations, a guidance cut sent the stock careening lower. Also lower were shares of Chipotle (CMG 1.70%), despite strong numbers from the fast-casual chain.

Consumers aren't willing to pay more for robotic vacuum cleaners, it turns out. iRobot, the company behind the Roomba, beat analyst estimates across the board when it reported its third-quarter results Tuesday afternoon. But an apparent lack of pricing power, combined with the negative impact of tariffs, led iRobot to slash its outlook for the full year. 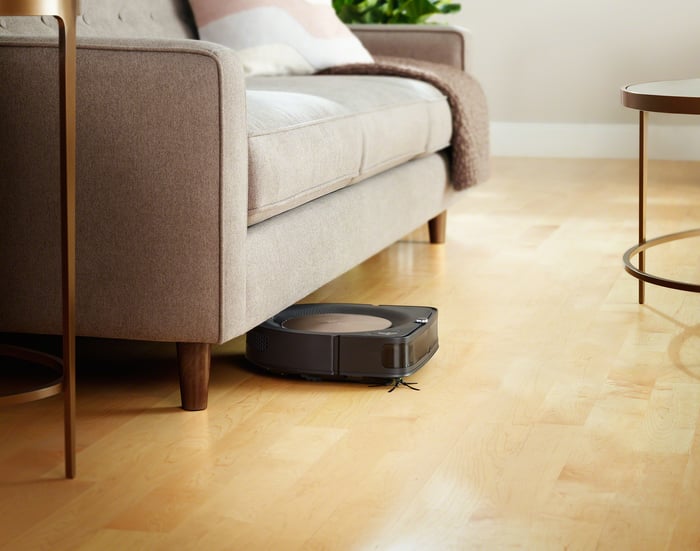 iRobot grew its total revenue by 9% year over year in the third quarter, driven by 25% international growth and the favorable timing of a large shipment to a U.S. retailer. But sales were down 7% in the U.S. The company pointed to tariffs causing direct and indirect disruptions for the industry, and it rolled back a July price increase after sell-through fell short of expectations.

These issues led iRobot to cut its revenue guidance for the full year. The company now expects revenue between $1.20 billion and $1.21 billion, down from a previous range of $1.20 billion to $1.25 billion. That's still good for growth of 10% to 11%, but the new guidance didn't sit well with investors.

After being hammered over the past six months, iRobot stock trades now for around 17.5 times the midpoint of the company's 2019 earnings guidance. That's a far more reasonable valuation compared to earlier this year, although it's unclear whether the company can maintain its profitability against a backdrop of tariffs and lower-priced competition.

Epic results from Chipotle, but the stock doesn't cooperate

There's little doubt that fast-casual restaurant chain Chipotle has moved past the food-safety crisis that shook the company in 2015. It's taken a long time, because Chipotle's reputation for quality took a major hit. But the company is now firing on all cylinders.

Chipotle's third-quarter results are a demonstration of how far the company has come. Comparable-restaurant sales rose 11%, mostly driven by increased traffic, and digital sales jumped 88%. One of the key initiatives from CEO Brian Niccol was to bet big on digital; that bet is clearly paying off.

Revenue was $1.4 billion, edging out analyst expectations, while adjusted earnings per share of $3.82 were a full $0.60 ahead of estimates and up 77% year over year. Despite these results, shares of Chipotle were down 5% by 12:50 p.m. EDT.

Valuation could be a contributing factor, given the performance of the stock this year. With shares up more than 80% year to date, the stock trades for nearly 60 times the average analyst estimate for 2019 adjusted earnings. The bottom line has room to grow, of course, but the stock may have gotten out ahead of the fundamentals.

While the stock didn't cooperate on Wednesday, Chipotle's results provided plenty of reasons to be optimistic about the company's prospects.