Please ensure Javascript is enabled for purposes of website accessibility
Log In Help Join The Motley Fool
Free Article Join Over 1 Million Premium Members And Get More In-Depth Stock Guidance and Research
By Anders Bylund - Oct 25, 2019 at 9:24AM

A more flexible and media-rich messaging system is coming to American wireless networks in 2020.

SMS messaging can be very handy and very frustrating. The standard has been around since the 1980s, and not much has changed since the late '90s. That's kind of crazy given the forceful progress in other mobile technologies. Here we stand at the cusp of enjoying gigabit 5G networks, but our text messages are still limited to 140 characters and outdated security protocols.

Well, that's about to change. All four of the major American networks just came together to announce their move to a thoroughly modern text messaging standard known as the Cross Carrier Messaging Initiative (CCMI).

What is CCMI, anyway?

The CCMI service does not rely on a separate wireless backchannel the way SMS does. Instead it piggybacks on the ordinary wireless broadband network, packaging far longer and more media-rich messages into bundles easily managed by standard network protocols.

But it's more than just an upgraded point-to-point messaging system. CCMI also provides a platform for managed group chats, secure connections to companies, brand managers, and celebrities, and a flexible message format that can be used to run ridesharing services and other mobile business models.

CCMI-style messaging has been available around the world for years, and we Americans are a bit late to the party. On the upside, that means we get to enjoy a more refined and mature platform from day one.

Alphabet (GOOG 2.36%) (GOOGL 2.39%) and its Google division have been pushing CCMI services for a while, going as far as rolling out so-called Rich Connected Services (RCS) in the Google Messages app in some regions. Again, the U.S. was left behind due to squabbles among the carriers over which features it should support.

"As we have seen in Asia, messaging is poised to become the next significant digital platform," said Sprint CEO Michel Combes. "CCMI will make it easy for consumers to navigate their lives from a smartphone."

"Efforts like CCMI help move the entire industry forward so we can give customers more of what they want and roll out new messaging capabilities that work the same across providers and even across countries," said T-Mobile CEO John Legere.

"Texting is trusted, reliable and readily available -- which is why we're using it to build the foundation of a simple, immersive messaging experience," stated AT&T Mobility VP David Christopher.

"Our customers depend on reliable text messaging to easily connect them to the people they care about most. Yet, we can deliver even more working together as an industry," wrote Verizon Consumer Group CEO Ronan Dunne. 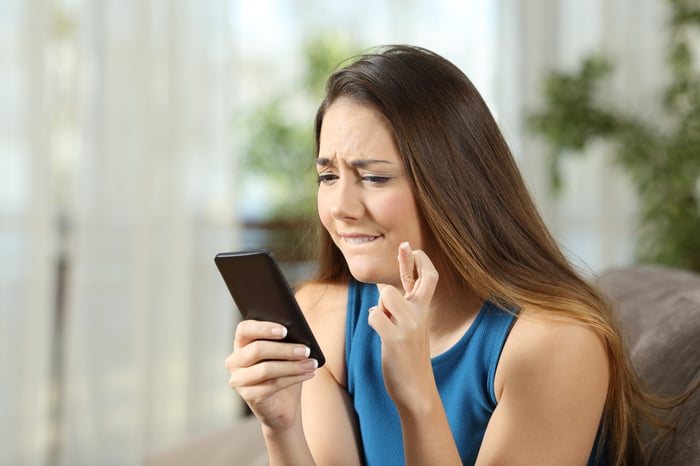 CCMI-based messaging systems will become available on all the major carriers (and probably most of the smaller ones as well) in 2020. Since Google is a known champion of this platform, it should come as no surprise that Android phones are expected to get this upgrade before Apple (AAPL 2.14%) iPhones. That's just a timing issue, though -- everyone will get this improved messaging system in the end, and Apple users will get by with their proprietary iMessage service for now.

This bare-bones announcement left a lot unsaid. We don't know exactly when each carrier plans to implement the new service, the exact specifications of the messaging experience remain up in the air, and not everyone loves the whole CCMI/RCS idea in the first place. For example, Amnesty International slammed Google's decision in 2018 to launch RCS messaging in a way that doesn't support end-to-end encryption.

Still, SMS is way overdue for an upgrade, and it's good to see the carriers agree on something useful for once. It's surely no coincidence that this announcement comes just as 5G networks and devices start to hit the American market -- a better network found its killer app.

I think we'll see a lot of wireless service advertising mentioning "5G" and "better messaging" in the same breath. It might even work, boosting consumer interest in 5G devices.