Please ensure Javascript is enabled for purposes of website accessibility
Log In Help Join The Motley Fool
Free Article Join Over 1 Million Premium Members And Get More In-Depth Stock Guidance and Research
By Eric Volkman - Oct 27, 2019 at 10:04AM

The last five trading days have been kind to stocks, but not every one enjoyed a lift in price.

Happily for stock investors, this week ended on a high note, with most important indexes skipping higher. Many top stocks ended the five-day period up at least modestly from where they started.

Many, but by no means all. Several prominent companies went in the opposite direction. Here's a look at two of the week's decliners and whether they're now buys at their lower price levels. 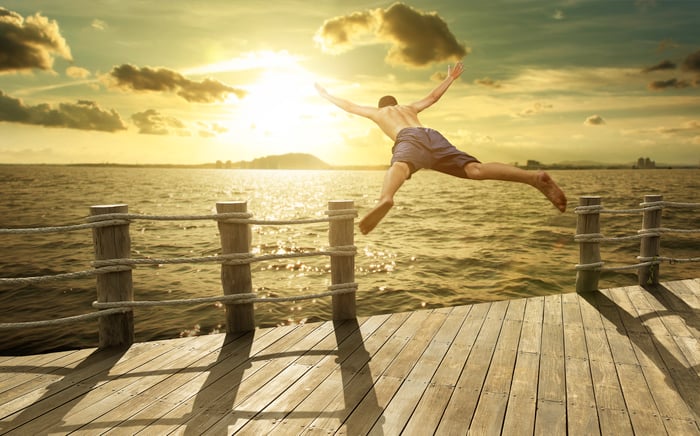 Global beer giant Anheuser-Busch InBev (BUD -1.47%) hasn't been looking like much of a titan in recent days, with a 12% stock price drop across the week.

Cutting it down to size was Q3 of fiscal 2019 results. For the quarter, revenue crept up by almost 3% on a year-over-year basis to just over $13 billion, even though volumes slipped marginally over that stretch. The company's "normalized" net profit was $2.4 billion ($1.22 per share), well above the year-ago tally of $1.5 billion.

Neither result, however, exceeded analyst expectations (on average, these anticipated $13.6 billion on the top line and a per-share net profit of around $1.27).

On top of that, AB InBev proffered full-year 2019 profitability guidance that was less optimistic than its previous opinion. The company now anticipates only "moderate" growth in EBITDA (its preferred profitability metric) rather than the "strong" view formerly expressed.

A big reason for this is China sales, which have been lower than anticipated and are likely to remain so.

This, combined with essentially flat growth in annual consumption recently in the monster U.S. market, doesn't really make the company's prospects seem bright. Many American drinkers have drifted away from traditional mass-market beer in favor of craft varieties. Unfortunately, AB InBev's strength has always been beers in the former category.

AB InBev does a lot of things right, certainly -- it's done a good job marketing its brews around the world, for example, and maintaining a commanding position as a global producer. I just don't see much of a future growth story here, so I wouldn't be inclined to buy the stock.

Illumina (ILMN -1.79%) also reported Q3 of fiscal 2019 earnings during the week, but its stock price dipped by 6% over the five-day span.

This seems odd at first glance. After all, the genetics-focused biotech trounced analyst estimates for its Q3 of fiscal 2019. Revenue was $907 million, 6% up from the same quarter of 2018. Non-GAAP (adjusted) net income saw a much steeper improvement, rising 26% to $286 million ($1.93 per share).

Analysts had expected significantly less. Collectively, they were modeling just shy of $871 million for revenue and $1.40 in per-share adjusted net income.

These represented convincing beats, but the Q3 figures were released several days after some bad news. The company's ambitious $1.2 billion deal to buy Pacific Biosciences might be in jeopardy, following a provisional finding from the U.K.'s Competition and Markets Authority that it "may be expected to result in a
substantial lessening of competition" in that country's next-generation DNA sequencing segment.

Investors might also be discouraged by the performance of Illumina's direct-to-consumer (DTC) business, the one that feeds popular genetic test offerings from the likes of Ancestry.com and other genealogy companies. Revenue in the unit dived by 24%, and even though it's not make or break for the company's success, it's a worrying number.

Genetic services are hot now, and it's an endeavor in which developments and innovations happen frequently and opportunities exist in a variety of directions. Illumina has proven it has the savvy to take advantage of this, and I think it'll continue to do so -- even if its big asset buy falls through or a segment like DTC continues to slide.