With so many companies reporting in earnings season, there's a lot to filter out. Here are four names I'll be focusing on next week.

Walt Disney (NYSE:DIS) is by far my favorite stock in terms of streaming industry potential. With Disney+ on our doorstep, major control of Hulu, and its content acquisitions in recent years, it has set itself up to be one of the top stocks in the coming decade.

With the exception of fiscal 2017, Disney has delivered annually, putting together meaningful revenue and earnings growth. Through the first three quarters of fiscal 2019, we've seen revenue increase 12%, while net income was down 6% as the company consolidated its purchase of 21st Century Fox.

Eyes will be on the company's guidance for fiscal 2020 and whether or not earnings improve without that previous consolidation. With Disney+ going into overdrive, investors will want more info on the ramifications of the costs and the potential within the direct-to-consumer segment. Direct-to-consumer earned $3.85 billion in revenue in the fiscal third quarter but operated at a loss of $553 million.

Analyst estimates have Disney reporting $0.95 per share in the third quarter.

Planet Fitness (NYSE:PLNT) is almost entirely growth-oriented. The gym giant puts up incredible figures: Through the first six months of the year, revenue was up 26% to $330.4 million. Earnings are up 32.5% to $71.46 million. By all accounts, it seems like one of the best-performing companies in the stock market. 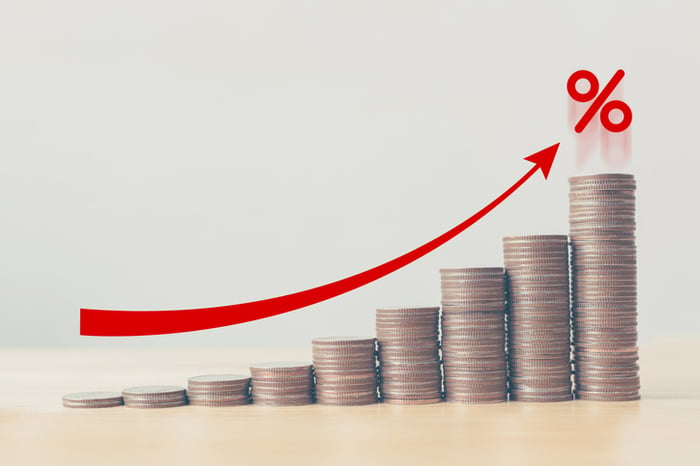 The big catch here is debt. Planet Fitness carries a deficit on the balance sheet of $314.37 million from $1.15 billion in long-term debt. It has to keep growing at strong rates for the stock to maintain its appeal. Analysts have full-year earnings estimates at around $1.57 per share. Shares currently trade at roughly 40 times those estimates. It is an expensive stock, and any disappointments could lead to some considerable downside. It's a high-risk/high-reward endeavor.

Analyst estimates have the company reporting $0.35 per share in the third quarter.

Roku (NASDAQ:ROKU) is a tech up-and-comer everyone is watching. With its products perfectly positioned to complement the evolving tastes of consumers, Roku offers a portal to all the streaming services you want. Revenue grew by over 44% in 2018, while the losses narrowed to $8.86 million, versus a loss of $63.5 million in 2017.

Meaningful earnings have been elusive thus far in 2019, but sales growth has been impressive. Total revenue increased 59% in the second quarter to $250.1 million. Gross profit grew 47% to $114.2 million, but research and development expenses have thwarted profitability.

Thanks to a very healthy balance sheet relative to the quarterly losses, I think investors are going to show a great deal of patience as long as revenue maintains a strong pace. If Roku continues its current story in the third quarter, expect the market to reward it.

Analysts have Roku reporting losses of $0.28 per share in the third quarter.

Zillow (NASDAQ:Z) has struggled since providing weak guidance in its second-quarter earnings report. Overall, the stock has always carried a pretty high premium based on what it was actually creating in earnings. The company reported 69% growth in revenue to $1.05 billion through the first half of the year, but losses have expanded with it. The tech-based real estate company has been putting a lot of resources into growing its own physical presence through buying and selling houses. It's not a cheap operation.

Analyst estimates have Zillow reporting losses of $0.22 per share in the third quarter. For the full year, estimates imply losses of $0.14 per share. The pullback in August changed the way markets are viewing Zillow. Lacking meaningful earnings, it's still a speculative play on potential. The 2020 guidance will be key in the coming two quarters.