Please ensure Javascript is enabled for purposes of website accessibility
Log In Help Join The Motley Fool
Free Article Join Over 1 Million Premium Members And Get More In-Depth Stock Guidance and Research
By Stephen Lovely - Nov 3, 2019 at 10:28AM

Promotional accounts can be illusory, but Disney+ has scale on its side.

Disney's (DIS -3.95%) new streaming service, Disney+, got a boost in projected subscriber figures this month when Verizon (VZ 0.23%) announced a new promotion. Verizon is giving millions of its customers free Disney+ for a year.

The deal is being offered to new home internet customers (Fios or 5G home internet) and to all Verizon Wireless "Unlimited" customers, new and existing. That's virtually certain to translate to millions of new subscribers for Disney+ (and help Verizon net more customers, too), but the news may not be all good: We've seen promotional subscriptions cause problems for other services. 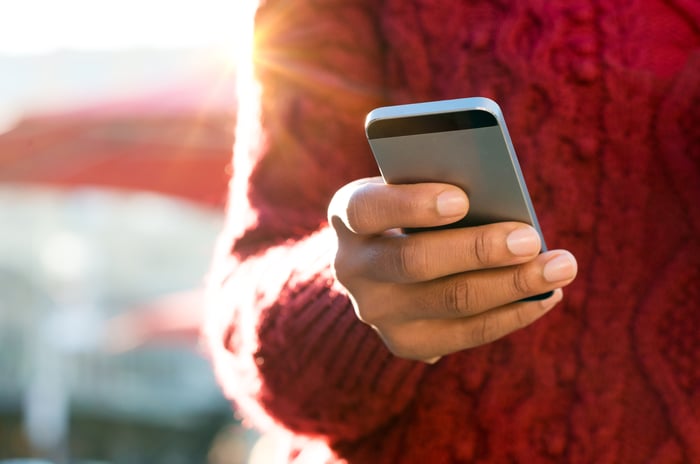 Why promotional subscriptions can backfire

In theory, promotional subscriptions are a great way to grow a subscriber base fast. They beef up early subscriber numbers and help a service build momentum, and some users with free promotional accounts will become paid subscribers when their free ride is over. Some accounts will be closed at that decision point, of course, but the growth (fueled in part by the promotion and the buzz it generated) will offset the drag from closed accounts -- or, at least, it's supposed to.

But promotional subscriptions aren't a silver bullet for services that aren't ready for prime time. AT&T's (T 0.75%) AT&T TV Now, the live TV streaming service that the company used to brand as DirecTV Now, is the poster child for this, as some tech investors may remember all too well.

The service then known as DirecTV Now made heavy use of promotional subscriptions as it powered its way through an inaugural year that thrilled observers and tech investors. But when the promotional subscriptions disappeared and AT&T drew back its big marketing push, it became clear just how much the free subs padded AT&T's numbers. DirecTV Now actually lost subscribers in the fourth quarter of 2018 -- and then did so again in the following two quarters.

Why Disney will be OK

Millions of subscribers are nothing to sneeze at, but if promotional subscribers make up a significant chunk of Disney+'s subscribers in the early going, then the service will have bigger problems -- it's going up against Netflix (NFLX -3.25%), which recently passed 150 million subscribers globally. Disney though can probably count on more promotional recipients becoming paid customers than AT&T could, for a few reasons.

First, the subscription video on demand (SVOD) space is much more proven than the live TV streaming space. The top SVOD service, Netflix, has that aforementioned 150 million-plus subscribers; the top dog in live streaming TV, Sling TV, had a comparatively meager 2.4 million at the close of last year. Also important is the fact that Disney+ is a more unique service than DirecTV Now was (or, for that matter, than the current iteration AT&T TV Now is): Live TV streaming subscription churn makes sense in part because consumers can get many of the exact same channels by kicking off a new free trial with a different live TV streaming service.

A boost in time for Disney+'s launch

Disney is giving up some cash by giving away its service for free, of course, though it has doubtless already locked in some of its biggest Verizon-customer fans. After all, the company ran multiple promotions -- including one that had customers commit to three years of Disney+ up front -- before this free-with-Verizon promotion was ever announced.

In return, though, Disney will get its service in front of viewer eyeballs. And if a free Disney+ subscription inspires any customers to cancel their paid Netflix subscription, that would be great for Disney+. Throw in the fact that Disney+ will release its shows on a weekly basis -- a strategy aimed at keeping viewers coming back on a schedule, and one that denies quitters the chance to binge-watch a whole season right before canceling -- and you have a lot of reasons to believe in Disney+ and this Verizon giveaway.