Despite the social media platform being challenged on several fronts, Facebook’s financial results are not slowing down.

The company continued to deal with the fallout from its involvement in a data breach scandal related to the 2016 U.S. presidential election that affected millions of Facebook accounts. The tech giant had to pay a hefty $5 billion government fine this year and update its security settings as part of efforts to settle that matter. Then Facebook was listed as one of four large tech companies at the center of a government probe into anti-competitive and monopolistic practices related to how it manages and controls online traffic and communication. Then the social media platform launched the controversial Libra project, an initiative to create a cryptocurrency to facilitate financial transactions worldwide -- particularly for those with no access to traditional banks. The endeavor raised a plethora of security and regulatory issues, and Facebook's involvement in the project has been widely criticized.

All of these issues would be more than enough to have a profound (and negative) financial impact on most companies, but Facebook seems to be holding its own -- at least if its latest financial results, released on Oct. 30, are any indication. 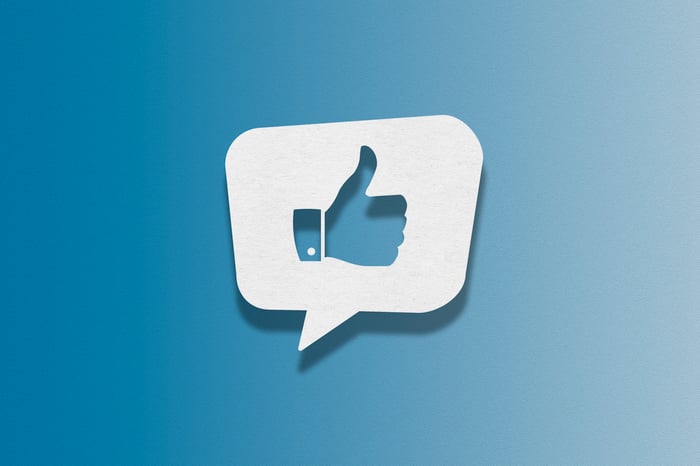 It is difficult to find something to complain about in Facebook's financial results. The company showed growth and progress across the board. Year over year, Facebook's daily and monthly active users grew by 9% and 8%, respectively. On the back of increased engagement on its platform, Facebook's advertising revenues increased by 28% on a yearly basis, while its payment and fees segment saw a 43% jump in revenues compared to last year's third quarter; this added up to a top-line increase of 29% year over year.

Further, the company's net income grew by 19% year over year, while its diluted earnings per share (EPS) increased by 20% compared to Q3 2018. One might have expected Facebook's engagement to go down -- at least slightly -- due to its reputation taking a hit. But the company seems to be in a unique position: Facebook has amassed more than 2 billion active accounts, and few alternative social media platforms boast a network that even comes close to matching that of the tech giant. Thus, it makes little sense for its users to jump ship to a competitor, nor quit the platform entirely.

Facebook isn't slowing down, and the company is actually involved in several projects that could help its growth. Here is what CEO Mark Zuckerberg had to say during the latest earnings conference call about some of the projects the company is pursuing:

This has been a busy quarter on a lot of fronts. We launched a number of new exciting products like Facebook Dating in the U.S., which is doing quite well; Threads for Instagram, our camera-first experience to share with your close friends; Facebook News, our dedicated product for news that we built in partnership with news publishers; and we introduced Horizon, a new social experience for VR.

The company's venture into the dating game is unlike that of most of its dating app competitors, which likely had to build a customer base from scratch. Facebook already has billions of users, making its efforts to attract participants that much easier. It's still too early to say whether Facebook will make a huge impact on the online dating app market, but it seems to be a new opportunity to monetize its community of active users and generate added revenue.

Facebook offers investors several perks: Steady and growing revenues and earnings, several avenues to expand its reach worldwide, and what is looking like an apparent immunity to almost all headwinds coming its way.

One thing that could stop Facebook: Some government regulators have flirted with (or even fully embraced) the idea of breaking up the tech giant. But indications so far are that this course of action is extremely unlikely. As things stand, Facebook still looks like an attractive investment.