The only news that appears likely to have moved the stock was...pretty much a nonevent. Early this morning, at 6:59 a.m., before markets opened for trading, TheFly.com reported that someone had executed a "block trade" of 10 million shares of Intelsat at a $24.60 price. 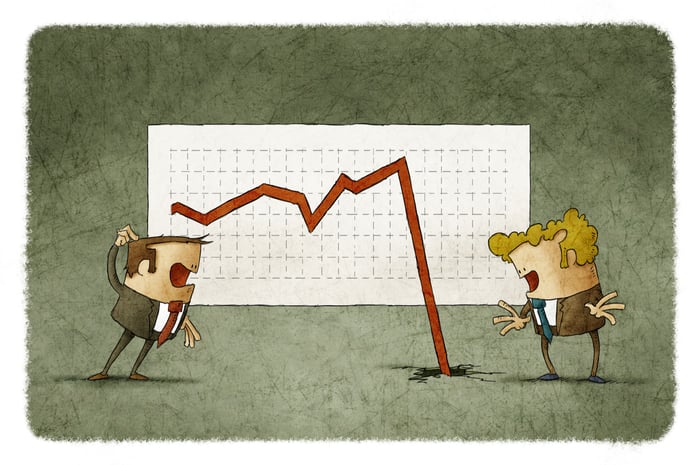 Now, given that Intelsat stock had closed for trading the previous day at $26.33 per share, you can understand why this might have spooked some investors. Was this a pricing error? A bad trade? Or was a large insider investor in Intelsat perhaps in a hurry to unload some stock before bad news became public?

My guess is that it was none of those things. As TheFly noted, "Morgan Stanley acted as sole book running manager for the offering." It's unlikely that a big firm like that just pressed the wrong button on a $250 million stock sale. Also, the bad news on Intelsat -- its earnings, or lack thereof -- has already come out, last month in fact. If anyone was trying to exit the stock before that news came out, they did so too late.

Rather, my hunch is that after watching three days of Intelsat stock rebounding from its post-earnings share price slump, someone decided to exit their position before that momentum evaporated. Exiting 10 million shares all in one go is no easy task, though, not without moving the share price -- and so they hired Morgan Stanley to conduct an orderly exit at a price sufficiently low to attract a large number of buyers in a hurry.

And with said selling shareholder now out of the picture, Intelsat's stock is free to rise again.