Please ensure Javascript is enabled for purposes of website accessibility
Free Article Join Over 1 Million Premium Members And Get More In-Depth Stock Guidance and Research
By Keith Noonan - Nov 6, 2019 at 8:55AM 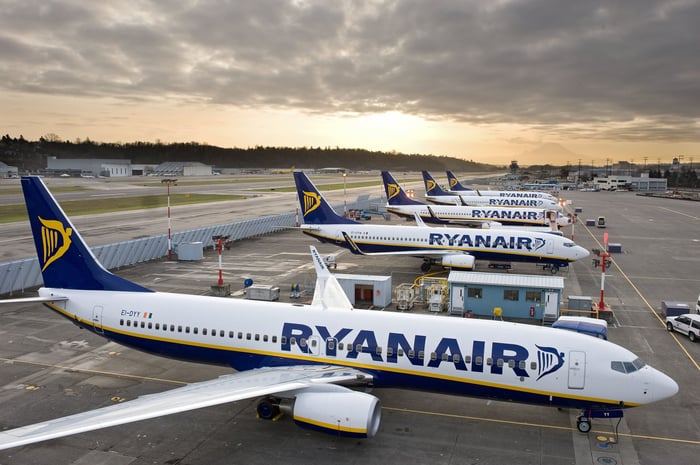 Ryanair published a series of press releases in October announcing new connection flights and significant travel route expansions in Spain, Greece, Ukraine, and the U.K. Combined with passenger traffic growth for September and some favorable progression on the Brexit front, the expanded flight offerings helped elevate the stock last month.

The budget airline published data early in October showing that its September passenger count had increased 8% year over year to reach 14.1 million. Passenger growth and expanded flight routes suggest that the company isn't feeling the pains related to Brexit uncertainty that many investors and analysts had feared.

Despite voicing concerns in 2018 that a no-deal Brexit could result in Ryanair flights being grounded for several weeks, chief executive officer Michael O'Leary made comments on Oct. 1 indicating that he expected that Britain's departure from the EU would have no long-term impact on the business. Investor anxieties seemed to be further eased after the European Union announced that discussions on a deal had resumed and the deadline for reaching an agreement had been extended.

Ryanair stock has continued to make gains in November, with shares trading up roughly 10.7% in the month so far. 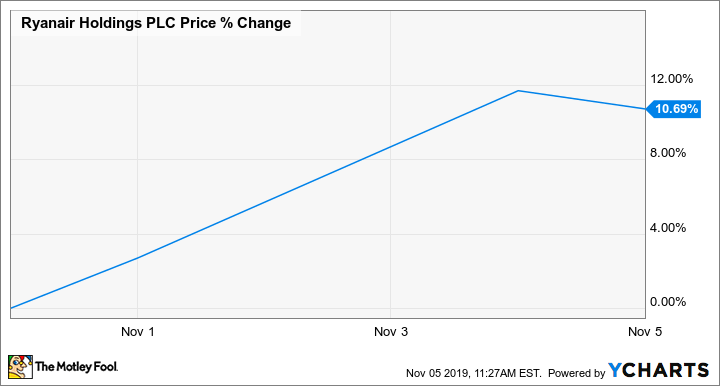 The airline published its first half-results on Nov. 4. Revenue and passenger traffic across the period each climbed 11% year over year, but net profit was flat at roughly 1.15 billion euros. The company expects full-year traffic to climb roughly 8% and an increase for revenue per guest between 2% and 3%. However, the company narrowed its after-tax profit guidance to between 800 million and 900 million euros from its previous target for after-tax profit between 750 million and 950 million euros.