Comcast (NASDAQ:CMCSA) plans to launch its streaming video service, Peacock, in April next year, and it could make an offer none of its competitors in the increasingly crowded streaming market can. The company is reportedly considering offering a free, ad-supported version of the service to anyone. Management is already planning an ad-supported version of the app for the company's cable subscribers, and it'll have a paid version for those that don't want ads.

Offering an ad-supported version of Peacock to everyone could help Comcast's service stand up to the competition that's touting free first-year signups on service for some subscribers. Apple is giving all new device purchasers a free year of Apple TV+. Disney (NYSE:DIS) partnered with Verizon to offer a free year of Disney+ to some of its subscribers. AT&T (NYSE:T) says at least 10 million HBO subscribers will get HBO Max at no additional charge.

Offering a free, ad-supported version of Peacock will enable the company to scale its viewership faster and offer an on-ramp to the paid subscription service. 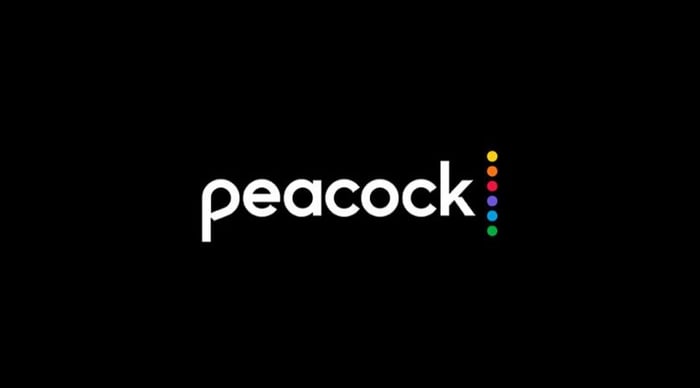 Getting to "cruising altitude"

Comcast's management realizes the need to zig while Disney and everyone else are zagging to compete with Netflix (NASDAQ:NFLX). "We're not doing the same strategy that Netflix and people chasing Netflix have adopted," NBCUniversal CEO Steve Burke said during the company's third-quarter earnings call. "I think we're going to get to cruising altitude much more quickly than a subscription service," he said of the company's ad-supported service plans.

Indeed, the company has made some big bets on content. It bought back the rights to shows like The Office, for which it's paying $100 million per year. Spending that much money on a show isn't nearly as big of a deal for Netflix, which has around 160 million global subscribers, as it is for Peacock, which has zero at the moment. In order to recoup its investments in content, it needs to scale quickly.

Investors have pointed out that consumers' discretionary budgets may not have enough room for all the premium streaming services entering the market. Some sacrifices will have to be made. By offering a free version of Peacock, Comcast stands to always have a presence in consumers' lineup of apps.

Additionally, a free version of Peacock may draw in viewers that Comcast is eventually able to convert to paid subscribers. Hulu, for example, started as a free service. It later introduced a paid version providing access to additional content and features, and it finally got rid of the free service in 2016. It now has 28 million paid subscribers. Comcast may follow a similar path with Peacock for viewers that don't subscribe to cable.

Interestingly, AT&T is taking the opposite path. It's launching a premium version of HBO Max for $14.99 per month with plans to offer an ad-subsidized version in 2021. AT&T's strategy may be influenced by its reliance on existing HBO distributors.

It's not starting an advertising business from scratch

Comcast's advertising plans for Peacock are currently fairly small. It plans to show just 3 to 5 minutes of advertisements per hour, which it expects to produce about $5 per subscriber per month.

That's extremely low compared to other ad-supported services. Hulu, for example, shows about 10 minutes of ads per hour. It generates about $9 in ad revenue per viewer per month.

Comcast could certainly grow its ad load over time. It's not like it's building an advertising business from scratch. "We happen to be part of a company that has 65 million video customers and is the biggest provider of television advertising in the United States," Burke said.

Of course, it'll be competing for ad sales with Disney, which is unifying ad sales across Hulu, ESPN+, and its traditional cable networks. Comcast will also go up against AT&T in the future, which plans to leverage its Xandr digital advertising property to sell ads for the ad-supported HBO Now, as well as its AT&T TV Now streaming product. Comcast will also compete with mobile-focused Quibi, which launches next spring, for ad sales.

Being able to sell advertisers on as broad an audience as possible -- i.e., one that doesn't require any subscription at all -- may be its best bet to get its foot in the door with marketers looking to expand their relationship with Comcast.