The most recent earnings report from Wendy's (NASDAQ:WEN) barely elicited a reaction from investors: Shares of the quick-service restaurant enterprise closed virtually unchanged on Wednesday, following the company's pre-market issuance of third-quarter 2019 numbers.

It's a testament to the company's results so far this year that shareholders viewed as routine a solid scorecard and a positive full-year earnings revision. Let's walk through the quarter's details, keeping in mind that all comparative numbers refer to those of the prior-year quarter.

A look at headline numbers 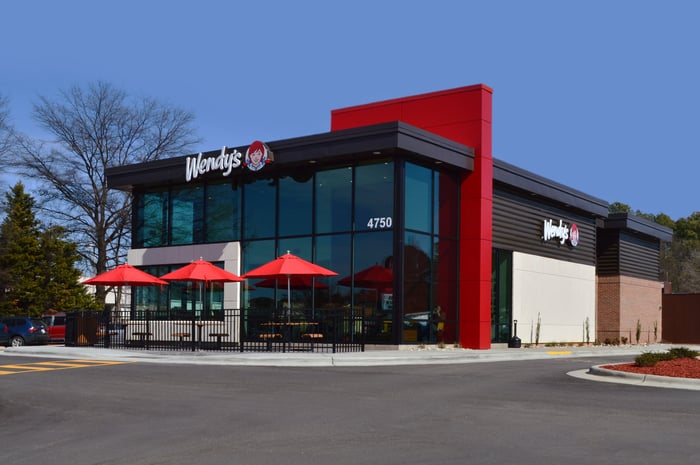 As I recently discussed, the company relayed new growth goals in its investor day conference in October that rely on international expansion in Europe and the introduction of breakfast across its U.S. system. One of the chain's most significant ambitions is to move its present annual comps growth rate of 3%-4% to a long-term rate of 4%-5%.

As we head into the final quarter of the year, comparable sales are indeed accelerating. On Wednesday, Wendy's raised its full-year 2019 comps expansion target from an envelope of 3%-4% to an expected band of between 3.5% and 4%.

In another sign of momentum, the company shifted its full-year adjusted EBITDA growth rate from "flat to down 2%" to "flat to down 1%." Similarly, management's outlook for adjusted earnings per share has improved, from the former projected decline of 3.5% to 6.5% against 2018 to a more optimistic target of "up 1.5% to down 1.5%."

Management expects year-end comparable sales and top-line momentum to carry into the new year. On Wednesday, the company reaffirmed that it's "on track" to achieve its 2020 guidance figures, notably, global systemwide sales of $12.0 billion to $12.5 billion and adjusted EBITDA of between $425 million and $435 million. Investors have mirrored management's confidence as of late: Though shares finished flat after the earnings release, they've returned 35% year to date on a total return basis.