Please ensure Javascript is enabled for purposes of website accessibility
Free Article Join Over 1 Million Premium Members And Get More In-Depth Stock Guidance and Research
By Todd Campbell - Nov 8, 2019 at 8:02AM

Including one or more of these three top medical-device companies in your portfolio now could be savvy.

Healthcare stocks haven't been the strongest performers in 2019, but there are still some worth owning. Since stock prices follow earnings over time, and earnings growth is driven in large part by revenue growth, including some fast-growing companies, such as those producing medical devices, in your portfolio could be smart.

The market for aesthetic procedures like liposuction is massive. Americans alone spend over $8 billion per year on these procedures, many of which are paid for out of pocket. The potential to disrupt this market and win away meaningful market share hasn't been lost on InMode. 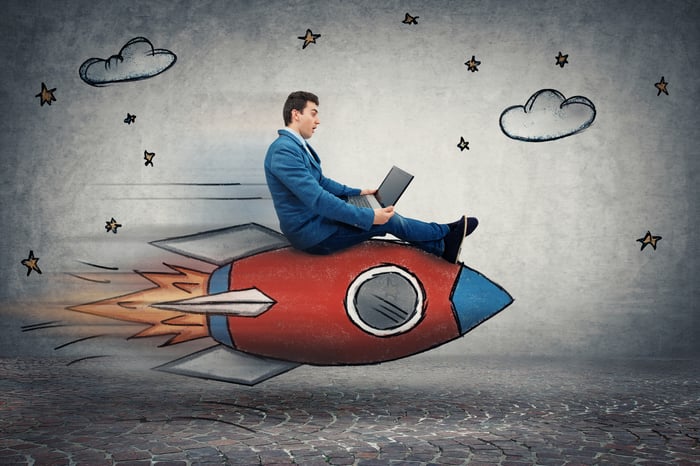 The company's sales nearly doubled to $100 million in 2018; in 2019, revenue increased by 57%, to $40 million in Q3. Importantly, InMode is nicely profitable. Its gross margins have been above 85%, and management reported net income increased 87% year over year to $16.2 million in the third quarter.

InMode hopes to build on this momentum in a few ways.

First, it's expanding internationally to increase the number of patients it can reach. Worldwide, there are over 20 million aesthetic procedures performed annually and currently, InMode's devices address over 8 million of them.

Second, InMode is developing new products to expand the use of its RF technology into new markets. For example, products that address cellulite, body skin tightening, and tightening of face and neck skin are all nearing the finish line.

Since the size of this market is increasing because of a larger, longer-living, and generally older and heavier population, this could only be the beginning of InMode's growth story.

A new solution for snoring

Snoring is often associated with sleep apnea, a dangerous condition in which patients stop breathing while sleeping because of relaxed airway muscles. Sleep apnea is so common it affects about 100 million people globally; while solutions that can help have existed for a while, there's still a lot of room for improvement in treatment.

For instance, continuous positive airway pressure (CPAP) is a commonly prescribed therapy that can work, but many patients fail to use their CPAP machine as prescribed because the mask can be uncomfortable and anxiety-producing.

To improve patient adherence, Inspire Medical developed an alternative to CPAP that's quickly gaining market share. Rather than forcing air into the airway to prevent sleep apnea, Inspire markets an implant that can be inserted into the patient in a minimally invasive surgical procedure. When activated, this implant stimulates nerves to prevent airway muscles from relaxing.

As more insurers have signed on to cover it, sales of Inspire's device have been building. In 2018, Inspire's revenue grew 77% to $50.6 million, and in the third quarter of 2019, sales totaled $20.9 million, up 60% from the same quarter last year. Insurance coverage has expanded by 59 million people to 145 million since July, so there's plenty of room left to grow for the company. This is especially true since Inspire has mainly focused on the U.S. market so far. European sales only represented $2.2 million of its revenue last quarter, suggesting plenty of untapped potential outside the U.S.

Admittedly, Inspire isn't profitable yet. But its gross margin is about 83%; given its sales pace, that suggests it's only a matter of time before sales growth outstrips increasing operating costs, putting it on a path toward profitability.

A better way of managing diabetes

There are about 1.6 million Americans with type 1 diabetes, and although insulin pumps that make daily insulin dosing simpler have been around awhile, less than 30% of type 1 patients use them. The adoption of pumps has been limited somewhat by a lack of evidence that pumps improve patient outcomes. However, that appears to be changing following the launch of Tandem's t:slim X2 with Basal-IQ.

So far, demand for the t:slim X2 with Basal-IQ has outstripped management's projections. Sales totaled $254 million through the first nine months of 2019, up from $108 million in the comparable period of 2018. In the third quarter, revenue increased 105% year over year to $94.7 million, prompting management to increase its full-year outlook to between $358 million and $365 million, from its prior guidance of between $350 million and $365 million exiting Q2. The current outlook is miles above the $255 million to $270 million anticipated when the company reported fourth-quarter 2018 results earlier this year.

Tandem's share price has increased significantly over the past year because of t:slim's success, but shares haven't made much headway since summer. Profit-taking is likely responsible for some of the lackluster performance recently, but fears of increasing competition are also contributing. A number of leading diabetes companies are working on similar solutions, including Insulet ( PODD 1.93% ), which hopes to send a tubeless pump with automated features to the Food and Drug Administration for approval next year.

Nevertheless, Tandem's head start shouldn't be ignored. Insulin pumps are durable equipment, and patients usually don't replace them for years because of insurance reimbursement restrictions. Furthermore, Tandem's next-generation system, which also controls blood-sugar highs, is pending FDA approval. If approved, that device -- Control-IQ -- should further entrench the company with patients. It's also worth considering that the pump market is large enough and underpenetrated enough to support multiple players -- and globally, 3 million type 1 patients could benefit from automated systems.

Therefore, while competition could weigh on its share price for a while, Tandem's potential to become a much bigger company may make it a profit-friendly stock worth owning.