Its home-flipping business is growing quickly.

Shares of Zillow Group ( Z 11.32% ) ( ZG 10.53% ) were moving higher today after the online real estate company posted better-than-expected results in its third-quarter earnings report, driven by the company's move into house flipping. Class A shares (ZG) were up 11.7% as of 11:57 a.m. EST, while the nonvoting Class C stock (Z) had gained 13.2%.

Zillow, which also owns several other brands including Trulia and StreetEasy, said revenue in the quarter more than doubled, jumping 117% to $745.2 million from its push into buying and selling homes. That figure was well ahead of analyst estimates at $718 million. 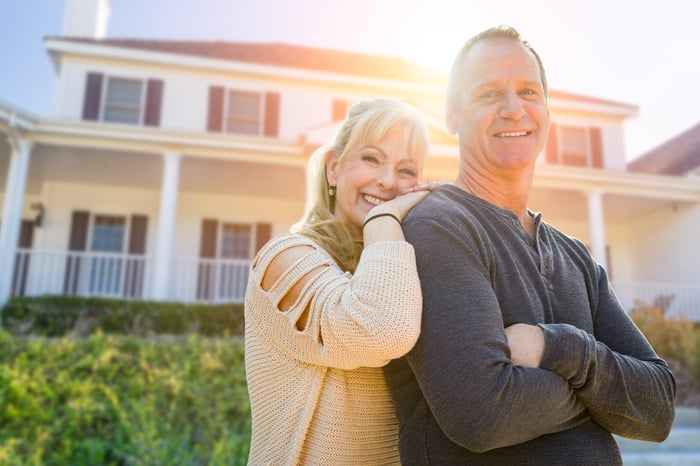 Traditionally, Zillow has been an advertising platform, but the company launched Zillow Offers last year, which gives home sellers the option to sell directly to Zillow, which then finds a buyer and resells the home itself. That segment, homes, brought in $384.6 million in revenue for the quarter, compared to just $11 million in the quarter a year ago when the business was just kicking off.

The homes business remains deeply unprofitable, and as a result, total operating loss in the quarter widened from $10.3 million to $48.4 million. On the bottom line, it posted an adjusted loss of $0.12 per share, down from a profit of $0.18 a share a year ago, but still better than estimates at a loss of $0.22.

Looking ahead, Zillow called for strong revenue growth to continue in the fourth quarter, forecasting for $790 million to $825 million, up 116% to 126% from the year before and better than expectations at $770.6 million. Management also expects losses to continue, projecting an adjusted EBITDA loss of $43 million to $25 million, but continues to be bullish on Zillow Offers rapidly expanding the program across the country.

Investors seem more than willing to give the company the benefit of the doubt as it builds out a potentially valuable revenue stream.