Please ensure Javascript is enabled for purposes of website accessibility
Free Article Join Over 1 Million Premium Members And Get More In-Depth Stock Guidance and Research
By Matthew DiLallo - Nov 9, 2019 at 9:14AM

High-yield dividend stocks can be alluring, especially as the payout approaches 10%. That's because the stock wouldn't have to move much for investors to generate a lucrative total return. However, stocks with big-time yields often come with much more risk. In most cases, the reward potential isn't worth it.

However, some super-high-yielding opportunities do look enticing. Three worth watching are MLPs EnLink Midstream ( ENLC 0.15% ), Oasis Midstream Partners ( OMP 2.48% ), and Noble Midstream Partners ( NBLX ). All three offer double-digit yields and strong growth prospects, which could give them the fuel to produce significant total returns. 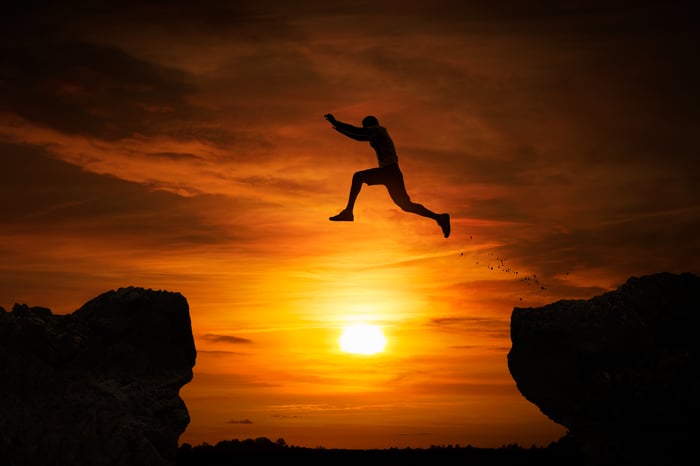 EnLink Midstream currently pays an eye-popping yield of 16.8%. That's due primarily to a nearly 50% slide in the MLP's unit price over the last year, which is a real head-scratcher given the strength of the company's financial profile and operations.

Usually, when a payout is that high, it's a sign of trouble. However, EnLink's underlying financial metrics suggest otherwise. The midstream company is currently on track to produce more than $700 million of cash flow this year. That's enough to cover the company's sky-high payout by at least 1.3 times. In addition to that, the company has a sound balance sheet, backed by a debt-to-EBITDA (earnings before interest, taxes, depreciation, and amortization) ratio of four times, which is right at the comfort level of most MLPs.

The company's solid financial profile gives it the flexibility to invest in high-return expansion projects. That should enable the company to continue growing its EBITDA, which is on track to rise by 10% this year. Because of that, EnLink believes it could increase its already sky-high payout by as much as 5% per year while at the same time improving its already solid financial metrics.

While EnLink's numbers clearly suggest it can sustain its payout, it might opt to reduce it and use those funds to buy back its ridiculously cheap stock. That move might pay bigger dividends for investors over the long term, which is something they should watch.

Oasis Midstream Partners has also inexplicably sold off over the past year, plunging more than 17%. That decline has helped push its yield up to 11%. What makes its decline so surprising is that the company's EBITDA is on track to rocket 130% this year, thanks to a combination of acquisitions and expansion projects.

Because of that growth, Oasis Midstream believes it will generate enough cash flow by the fourth quarter to cover its double-digit-yielding payout by as much as two times. That's up from an already comfortable 1.7 times at the end of the second quarter.

Meanwhile, the company has a healthy balance sheet, backed by a low 2.8 times leverage ratio. Given its strong financial profile and compelling growth prospects, Oasis Midstream Partners believes it can increase its high-yielding payout by a 20% annual rate through at least the end of 2021. If the company delivers on that forecast, then investors could reap a big-time reward.

Noble Midstream Partners has lost a significant amount of value over the past year, plunging roughly 30%. Because of that, it now yields 11.2%. Again, that makes no sense, given the soundness of this MLP's financial profile.

Noble Midstream generated enough cash during the second quarter to cover its payout by a comfortable 1.4 times. Because of that, the MLP recently boosted it by 4.7% from the prior-quarter's level and 20% above the year-ago rate.

Meanwhile, with a healthy balance sheet, the company has ample financial firepower to execute on its growth projects, including its investment in a large-scale oil pipeline. Because of that, the company continues to believe it should have enough fuel to increase its payout by 20% per year through at least 2022 while maintaining sound financial metrics. If it can deliver, then it should be able to generate high-octane total returns for its investors.

The market has soured on midstream MLPs in recent years, which has pushed their valuations down and yields up. Add that combination of value and yield to their growth prospects, and they offer high reward potential. That's why investors should at least consider adding this trio to their watchlists.

Why Units of EnLink Midstream Are Soaring Today