Shares of laser components maker II-VI (NASDAQ:IIVI) got blasted in early Tuesday trading, falling more than 10% before recovering to something more like a 7.5% loss as of 11:10 a.m. EST.

This morning, II-VI reported a "miss" on its fiscal Q1 2020 results, with non-GAAP (adjusted) sales of $0.57 per share coming in short of the $0.60 per share that Wall Street had predicted (although sales of $340.4 million exceeded the consensus estimate). 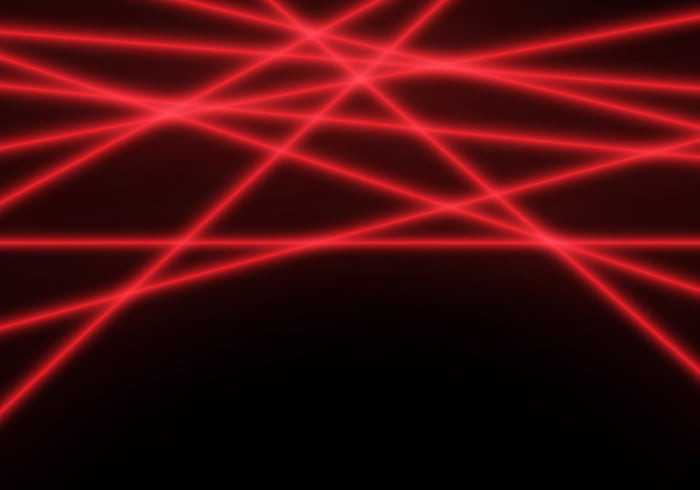 Those revenues, by the way, were up 8% year over year, boosted only slightly by the closing of the company's acquisition of Finisar on September 24. (The quarter closed just a week later, on September 30). This was, as management noted, "the largest acquisition in our history."

As for profits, while adjusted earnings missed estimates, actual GAAP results were...even worse. As calculated by generally accepted accounting principles, II-VI didn't actually earn anything, but rather lost $0.39 per share.

And all of this loss, by the way, was attributable to II-VI's perhaps ill-considered acquisition of Finisar. As management pointed out, "Legacy II-VI" would have actually earned a profit of $0.34 per share for the quarter.

Bad as investors' reaction to today's news was, it could have been worse -- and the reason for that is II-VI's guidance.

According to management, II-VI is now expecting Q2 sales to range from $590 million to $630 million, producing a pro forma profit of between $0.20 and $0.50. All of these numbers fall short of what Wall Street has been predicting -- $652 million in sales and $0.64 in non-GAAP profits.

In short, after missing earnings in Q1, II-VI now appears to be promising to miss again in Q2 -- exactly the opposite of what growth investors wanted to hear.