The field of synthetic biology keeps talking about changing the world, but the most valuable product created to date has been hype. Most companies in the broadening space are losing money. A worrisome number of those don't have a sustainable business model. While privately held start-ups can mask that with ever-larger venture capital rounds (for now), that advantage is not extended to Amyris (NASDAQ:AMRS).

The industrial biotech company reported 80% growth in product revenue during the third quarter of 2019 compared to the year-ago period, but the business is losing money on each dollar of product revenue hauled in. When coupled with a sharp increase in operating expenses and a cash balance of just $476,000, there's no question that Amyris exited September in a precarious position.

Here's what investors need to know about the latest operating results. 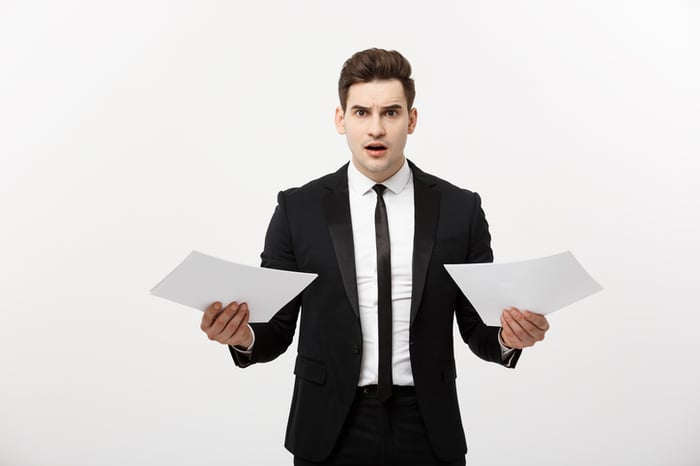 Amyris needs its big bets to pay off

Despite being one of the pioneering companies in synthetic biology, Amyris has never quite found its way. The business has pivoted from biofuels to rubber replacements to hand cleaners to vitamin precursors and more, with little to show for its efforts besides an accumulated deficit of $1.67 billion.

Today, the company sells flavors and fragrances to business customers. It also sells consumer products in cosmetics through its Biossance brand (and enables business customers to do the same with its Neossance brand) and in the baby personal care market through its Pipette brand. While that likely would be sufficient to generate growth and profits for shareholders if the company scaled down operations, Silicon Valley tends to value excess. Wall Street hasn't fought the narrative.

Analysts remain fixated on the growth potential of a zero-calorie sweetener product that launched in late 2018 and the ongoing development of a portfolio of cannabinoid compounds manufactured via fermentation in bioreactors instead of in plants growing in greenhouses. Unfortunately, the company's current approach is costly.

Amyris doesn't own a manufacturing facility. Instead, it relies on contract manufacturers in the United States, Brazil, and Spain to churn out products. That has weighed heavily on margins and makes it unlikely for the business to generate profits in the near term. Then again, the high cost of manufacturing is far from the company's only financial problem.

In the first nine months of 2019, Amyris increased operating expenses 29% compared to the year-ago period. The majority of the increase was recorded as selling, general, and administrative expenses, although investors would be hard pressed to justify the trend. The company might argue that the increase is necessary to jump-start product revenue growth, but Amyris isn't exactly flush with financial flexibility.

The business ended September with $476,000 in cash and a book value of negative $213 million. Investors who look over the horizon will see that Amyris has total debt obligations of $302 million through the end of 2023, of which only $76 million comprises convertible debt. That means the business will need to come up with hundreds of millions of dollars in cash to repay the loans or refinance the loans coming due with new high-interest loans. Those options could be off the table without big wins in cannabinoids, zero-calorie sweeteners, and consumer products.

And that's only debt obligations. The company is currently reliant on financing to fund day-to-day operations and much-needed investments in its future. For instance, Amyris recently broke ground on a new manufacturing facility for specialty ingredients, but after burning through $113 million in cash from operating activities alone in the first nine months of 2019, it's not clear how construction will be funded.

Where's the sense of urgency?

Investors should be concerned about the lack of urgency at Amyris in prioritizing operating efficiency. The company has been walking a debt tightrope for years and even defaulted on a $66.5 million debt agreement in September (since resolved with a new high-interest debt agreement). Yet it increased operating expenses 29% in the first nine months of 2019 compared to the year-ago period.

The situation is on track to deteriorate even further in 2020. There may be little improvement in product gross margin considering a dedicated manufacturing facility won't be available until early 2021 (which will require a lengthy and expensive commissioning and ramp-up phase). Additionally, nearly $40 million in revenue this year came from selling a technology portfolio to DSM. That was a one-time transaction, which means if operating expenses aren't significantly reduced, operating losses are going to erupt higher next year.

Simply put, Amyris is in a precarious financial position and has yet to prove its big bets on novel ingredients will pay off. Keep this small-cap synthetic biology stock out of your portfolio.