Please ensure Javascript is enabled for purposes of website accessibility
Free Article Join Over 1 Million Premium Members And Get More In-Depth Stock Guidance and Research
By Rich Smith - Nov 14, 2019 at 10:59AM

Worries over a congressional cash grab have investors abandoning its shares.

Things just keep getting worse for investors in Intelsat ( INTE.Q 64.38% ).

On Wednesday, the stock got banged up in response to an analyst downgrade from J.P. Morgan, which warned that congressional interference in the sale of Intelsat's wireless C-band spectrum to 5G internet providers could delay the company's monetization of that asset -- and yield smaller profits.

Today, the carnage continued, with shares falling a further 14% through 10:25 a.m. EST. 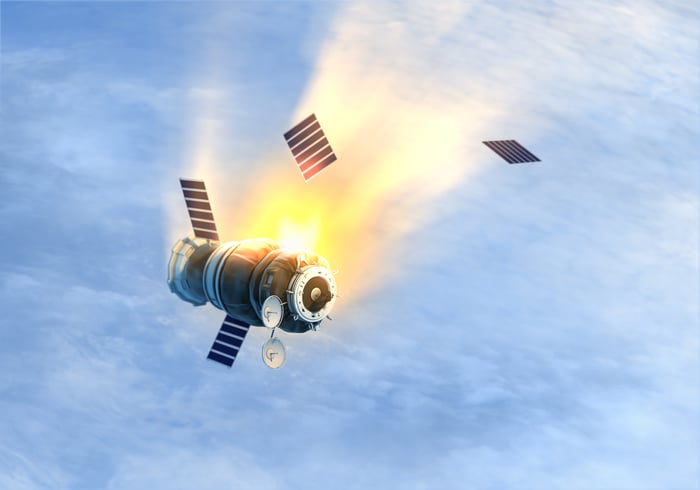 Is this an overreaction? After all, there was no further news out this morning to explain why the stock is continuing to fall. Yet instead of the bounce you might expect to see after such a hard fall Wednesday (this often happens as short-sellers close their positions to lock in their profits), Intelsat stock is continuing to spiral down.

But a bottom has to be found somewhere. Indeed, last night, analysts at Intelsat fan Evercore ISI argued that investor panic over Congressional maneuverings looks to be "overdone." In that analyst's opinion, even if Congress insists that Intelsat and other satellite operators hand over half their spectrum to the government for resale (or half their profits from the sale of their spectrum, which is much the same thing), Intelsat stock would still be worth $20 a share. If the Feds grab only 30%, that would push the valuation up to $38 a share, in Evercore's opinion.

Meanwhile, investors are pushing Intelsat shares down below $13 this morning.