The restaurant chain is determined to keep a direct relationship with its customers, even if it has to buck an entire industry trend.

Food-delivery service DoorDash is now worth more than $13 billion after a new round of private funding. Founded just six years ago, the company has capitalized on the growing delivery trend in the restaurant industry and is now the largest third-party delivery service in the world.

Virtually all restaurant chains are using one or multiple delivery services today. One notable exception is Tex-Mex chain Chuy's Holdings ( CHUY -0.76% ). The company ran small tests before finally landing on the strategy it will roll out across all of its restaurants in 2020. This plan isn't so much about delivery, but about keeping all customer data in-house. 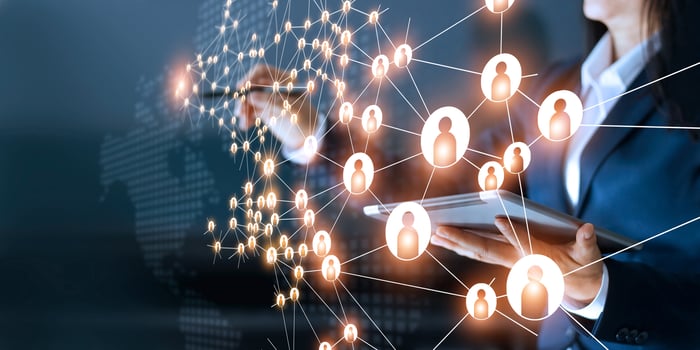 Chuy's reported positive results in its third quarter. The company increased its restaurant count to 103 by the end of the period, up from 98 a year earlier. That expansion, along with a 2.6% comparable-store sales increase, led to 8% year-over-year revenue growth in the quarter.

Furthermore, while the company reported a $0.44 loss per share in Q3 2018, that improved considerably to a net loss of $0.11 per share last quarter. Excluding one-time impairment and closure costs, adjusted earnings per share rose to $0.25 from $0.20 a year earlier. These solid results caused Chuy's to raise its full-year guidance for adjusted EPS from a prior range of $0.93 to $0.97 to a new range of $0.98 to $1.01.

Buried in the earnings report were comments on Chuy's expanding relationship with digital-transactions expert Olo. Chuy's deployed the Olo software across all of its locations in 2018. Since then, off-site transactions have grown steadily and now represent about 13% of total sales.

Many restaurant chains, including larger players like Brinker International and Dine Brands, already use Olo software to manage digital sales. Olo reports that roughly 80% of the brands it works with have subscribed to Dispatch. Chuy's plans to roll Dispatch out across all of its restaurants in 2020 as its delivery strategy, and this move is all about data. In regards to Dispatch, Chuy's CFO Jon Howie said it's about "driving people to our website versus the third party, so we can get their information and everything."

Swimming against the delivery tide

The way things typically work is that diners access a third-party delivery app to order their food. In that scenario, it's the delivery service -- not the restaurant -- that builds customer loyalty and retains data. If a restaurant chooses to play by those rules, then it behooves the business to integrate with as many delivery partners as possible. A potential customer may be loyal to Grubhub instead of DoorDash. Integrating with both services allows a restaurant chain to reach the largest customer base.

The entire food delivery trend is eerily similar to what happened in the travel industry. When online bookings began, people went to third-party players like Booking Holdings and Expedia instead of the hotel chains and airlines. It ultimately hurt many businesses in the travel industry by creating a competitive pricing environment that persists. For example, a 2018 study by Oracle found that 66% of people shopping for a hotel are simply looking for the best price.

The restaurant industry will want to avoid a similar fate by maintaining a direct connection with the customer even as sales go digital.

Chuy's may be fighting the inevitable. I find that many of the biggest trends are driven by real consumer demand. Do most people want a couple of dozen restaurant apps on their phones, or would they prefer to just pick their favorite delivery service and be done with it? DoorDash and Grubhub simplify things, scratching a consumer itch. I don't think restaurants can easily fight this trend.

Even so, fighting for customer data is the smart long-term move for Chuy's. That data is crucial for building loyalty, improving the menu, controlling pricing, and driving efficiency. The main metric to watch in coming quarters will be delivery growth. In Q3, Chuy's off-premise transactions grew 14%, and delivery accounted for 2.5% of off-premise revenue. As Dispatch is implemented across the chain, any slowdown in growth would be a signal that the new delivery strategy isn't working.

Editor's note: This article has been updated to include that Olo reports that roughly 80% of the brands it works with have subscribed to Dispatch.