This is more than just a run-of-the-mill secondary stock offering for the streaming platform.

The stock for video streaming pioneer Roku ( ROKU -2.24% ) has been on fire this year, so any bit of uncertainty about the company seems enough to cause a bit of profit-taking. The stock was up about 422% as of the market close on Monday, making it one of the best-performing stocks of 2019.

This week, the company revealed in a regulatory filing with the Securities and Exchange Commission (SEC) that stockholders would be selling up to 571,549 Roku shares related to its recent acquisition of DataXu. On the heels of that filing, Roku announced a secondary share offering, selling up to 1 million shares of Class A common stock, which could add as much as $160 million to Roku's coffers based on the stock's closing price on Monday. This caused Roku shares to fall as much as 7% in the wake of the filings.

Let's break down these two announcements to see what they mean for investors. 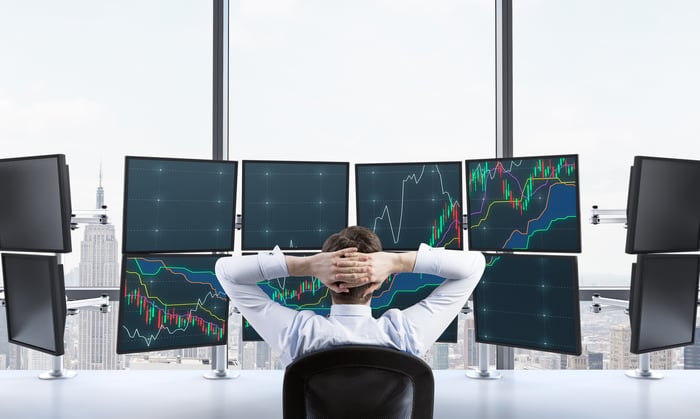 DataXu early investors are cashing in

On Oct. 22, Roku announced that it would acquire privately held DataXu in a deal valued at $150 million. With the purchase, Roku acquired a demand-side advertising platform that provides marketers with the tools they need to plan and buy video ad campaigns. The deal helped Roku move further into advertising, which has become the company's most profitable growth business.

In a regulatory filing with the SEC, Roku said it would finance the purchase with $75 million in cash and 571,516 shares of the company's stock. Roku announced on Nov. 8 that the deal had closed. On Monday, Roku revealed that some of DataXu's early investors would be cashing out of the Roku stock. In a regulatory filing, Roku provided a list of selling stockholders -- mostly venture capital funds that had been early investors in DataXu -- that would be reselling their shares. It's important to note that Roku won't get any of the proceeds from these sales.

In conjunction with that sale, Roku also announced a secondary offering of many as 1 million shares of stock.

The company didn't provide any specific reason for the secondary, other than providing the boilerplate statement that accompanies most such stock offerings. Roku said it would use the proceeds "for working capital and general corporate purposes, including sales and marketing activities, research and development activities, general and administrative matters, repayment of debt, other business opportunities, and capital expenditures. We may also use a portion of the net proceeds to acquire or invest in businesses, products and technologies that are complementary to our own."

The most intriguing inclusion is that of "acquire or invest in businesses." The ink is barely dry on its acquisition of DataXu and Roku may have another deal in mind, though it said, "We have no current commitments or agreements with respect to any acquisitions or investments." The company may have additional investments in mind to bolster its already robust growth.

What this means to shareholders

This isn't the first time Roku has sold additional shares to help support its rapid growth. This marks the third time in 2019 that the company has sold additional stock, meaning current stockholders have seen the value of their stock ownership be diluted by about 7% so far this year. That's prior to Roku's most current offering. The difference is even starker over the longer term. Roku shareholders' stock has been diluted by 25% since the company went public in September 2017. Since the DataXu deal has already closed, the additional 1 million shares from the latest offering will further dilute Roku shareholders by less than 1%.

It's important to put this into the context of the company's meteoric growth. In its two years as a public company, Roku's revenue has more than doubled, and its shares have gained nearly 500% -- making it one of the best-performing tech stocks over that period. As long as Roku continues to put up that kind of growth, investors will likely forgive the current level of dilution.