Wells Fargo (NYSE:WFC) has had more than its share of issues in the recent past. A combination of a fraudulent accounts scandal, asset cap, and lack of a CEO (until recently) has led to a period of significant underperformance relative to the sector. Over the past five years, Wells Fargo has lagged the broader financial sector by 50%.

The comparison is even starker against its large-cap peers: JPMorgan Chase and Bank of America have risen more than 100% and 90% respectively, while Wells Fargo is up only 1%. Not surprisingly, this period of underperformance is now reflected in a valuation that is cheap both relative to its historical range as well as other bank stocks. 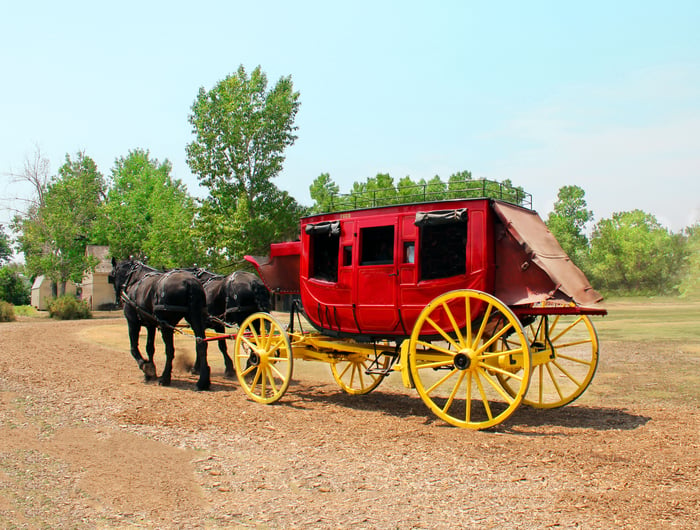 As recently as 2016, Wells Fargo was the largest U.S. bank by market capitalization. This was entirely attributable to a valuation which on a price to book basis was 50% higher than that of JPMorgan Chase, its nearest competitor. This valuation premium was in recognition of Wells Fargo's many strengths, including having the largest retail branch network in the U.S., a laser-like focus on operating efficiency, and a business more oriented toward consumer lending and less exposed to capital markets.

The root of the company's problems stems from its involvement in a fake accounts scandal in 2016, which triggered a series of penalties culminating in an asset cap directive by the Federal Reserve Bank. Unable to grow their assets and tasked to invest more in compliance, Wells Fargo's profitability lagged and its valuation premium started to erode. Compounding these problems, its CEO stepped down in March of this year with no succession plan in place. Wells Fargo's famous stagecoach was effectively driverless. Until about two months ago, that is.

On Sept. 27, Wells Fargo announced the appointment of Charles Scharf as CEO. Scharf is a veteran banking executive who was poached from his role as CEO of Bank of New York (NYSE:BK) and also had prior roles as CEO of Visa (NYSE:V) and CEO of Retail Financial Services at JPMorgan Chase. He brings vital expertise in consumer, digital banking, and payments to the role.

With a new CEO in place who has experience working with regulators there is a greater likelihood that Wells Fargo will be able to exit the consent order with the Federal Reserve by sometime next year. This should, in turn, drive operating efficiencies and lift a major overhang over the stock.

The company has other advantages going for it also. With the largest branch network in the U.S., Wells Fargo has more exposure to core deposits than other banks (second only to JPMorgan Chase) and has the lowest cost of funding among the mega-cap banks. These costs are likely to fall further, given that deposit costs haven't fully reflected the recent cuts in fed funds rates. Wells Fargo's focus on consumer credit is also paying off with loan growth expectations hiked for next year.

Although it's premature to say that its problems are behind it, the appointment of a new CEO eliminates a major uncertainty around the stock. And with a dividend yield among the highest in the sector at close to 4%, Wells Fargo pays handsomely to the investor who is willing to give it the benefit of the doubt.