Please ensure Javascript is enabled for purposes of website accessibility
Free Article Join Over 1 Million Premium Members And Get More In-Depth Stock Guidance and Research
By Dave Kovaleski - Nov 20, 2019 at 6:46AM

Interest rates typically have a significant impact on bank stocks. When rates go up, it's usually good for banks because their margins expand as they charge more for lending. Conversely, when rates go down, banks' profits are typically hurt as they earn less for lending. Banks have seen both the ups and the downs lately -- after roughly two years of rates creeping upward, the Fed started bringing them back down in July.

Cincinnati-based Fifth Third Bancorp ( FITB -0.97% )has mitigated the impacts of the downward trajectory of interest rates, and the strategy has paid off with increased market share. Its stock price is up about 27% year to date, outperforming the average return in the financial sector. In the third quarter, net income rose 26% year over year to $530 million and earnings per share jumped 25% year over year to $0.71. 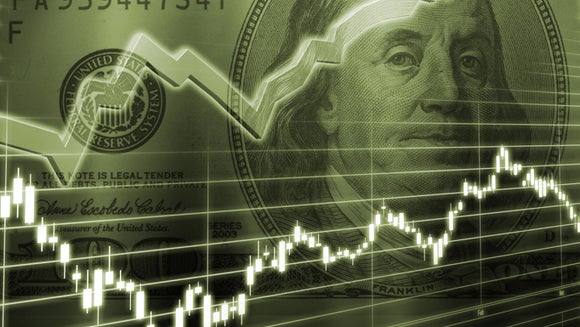 One of the keys to Fifth Third's success has been focusing on deposits, which are typically hurt by rate cuts. Deposit rates are what the banks provide to customers for holding their money. That, in turn, affects the net interest margin (NIM), which is the gap between how much a bank earns in interest and pays out in interest.

While Fifth Third's adjusted NIM dropped 7 basis points from the second quarter to the third -- from 3.32% to 3.25% -- it was a softer landing than its competitors. And year over year, it's up 2 basis points. That's better than most of its peers, Fifth Third President and CEO Greg Carmichael said on the third-quarter earnings call. "When you look at first quarter of 2019 versus first quarter of '20, our guide is that NIM would be down 5 basis points or 6 basis points with those July, September, and October cuts, and I got to believe that's going to be best-in-class performance over that period of time," he said.

Fifth Third, which has $397 billion in assets under management, did this by reducing the interest rate it provides on deposits from 1.5% to 1% midway through the third quarter. This move enabled the bank to increase its total deposits by about 2% in the quarter and 18% year over year, explained Treasurer James Leonard. "We think our strong market share in the majority of our markets allows us the opportunity to move a little bit earlier than perhaps some of our peers can deliver those deposit reductions," Leonard said.

Bank officials expect the NIM to decline another 4 to 5 basis points in the fourth quarter, but the hedges are expected to have a greater impact in 2020. For the year, Fifth Third expects the NIM to be in the 3.2% to 3.25% range, depending on Federal Reserve actions. Leonard said the company expects to hold a 40% beta on deposits through at least the first quarter. A deposit beta is defined as the percentage of changes in the federal funds rate that banks pass on to their customers; 40% is good in a falling-rate environment.

Beyond its interest rate strategy, Fifth Third is focused on reducing expenses, streamlining operations, and achieving targeted growth. Expenses were flat in the third quarter compared to the previous quarter but are up 16% year over year. However, the bank is seeing efficiencies and expense reductions following the acquisition of Chicago-based MB Financial earlier this year. Including merger-related costs, expenses are down 7% in the quarter. The company expects to drift lower in the fourth quarter and beyond. By the end of the first quarter of 2020, Fifth Third expects to achieve $255 million in savings from the merger. Going forward, the company will invest in technologies that generate operational efficiencies and advance their digital transformation. Overall, the company exceeded expense reduction goals in the quarter.

Further, the MB acquisition will allow Fifth Third to expand its presence in the Chicago area, where MB is based. The company also expects to see growth from investing in its employees. The bank raised the minimum wage for its employees from $15 per hour to $18 per hour in the fourth quarter. "We fully expect that this increase will lead to lower employee turnover, with better customer experience and, as a result, improved revenue growth," Carmichael said.

While 2020 will be fraught with uncertainty around tariffs, global economics, interest rates, economic policy, and U.S. elections, Fifth Third has done a good job of anticipating the potential risks and looks like a solid investment in a shaky sector.

Why Fifth Third's Earnings Could Be Better Than Expected in 2021