When the Pentagon awarded Microsoft (NASDAQ:MSFT) a $10 billion cloud computing contract back in October, denying that same contract to Amazon.com (NASDAQ:AMZN), it was probably kind of obvious that Amazon would appeal.

So call me Captain Obvious. 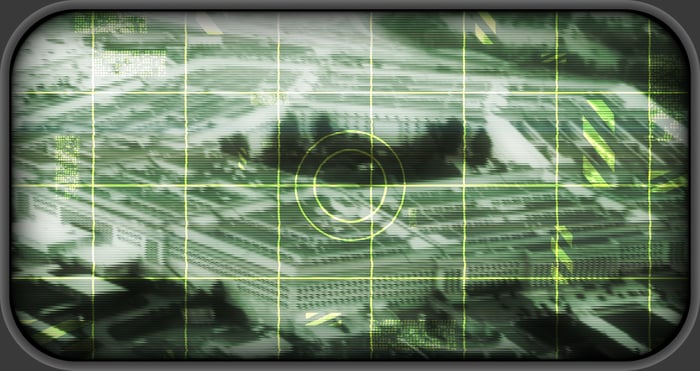 Do not pass GAO, do not collect $200, go directly to court

Amazon waited longer than usual among jilted defense contractors to protest the Pentagon's awarding the Joint Enterprise Defense Infrastructure (JEDI) contract for "enterprise level, commercial Infrastructure as a Service (IaaS) and Platform as a Service (PaaS) to support Department of Defense business and mission operations" to its rival. Ordinarily, such protests must be filed within days of a contested award. Instead, Amazon waited at least two weeks. And by the time the tech titan finally got around to complaining, that left formal litigation -- a complaint filed with the U.S. Court of Federal Claims -- as Amazon's best chance of seeking redress.

Amazon filed its complaint on Nov. 8, which was just reported last week. While the complaint was sealed (so we cannot read the details), the company is reportedly accusing the Pentagon of having showed "unmistakable bias" against Amazon and of bowing to "political influence" from President Trump, who last year was quoted instructing his staff to "screw Amazon" out of the JEDI contract.

Naturally, Amazon isn't pleased about that -- and it's suing.

What victory will mean for Amazon (or Microsoft)

Gartner data show that Amazon controls by far the greatest share in the worldwide market for cloud computing services -- 47.8% at the end of 2018. Microsoft is a distant second at 15.5% -- and yet, from 2017 to 2018, Amazon's share of the market actually slipped by 160 basis points while Microsoft's grew 280 basis points.

And that's what's really most interesting about this contest. The Pentagon, in a statement, says it made its decision on the merits and without regard to politics, while Amazon insists that "numerous aspects of the JEDI evaluation process contained clear deficiencies, errors." But here's the thing:

If Amazon wins this argument, then the $10 billion in JEDI revenue it can expect to receive, spread over 10 years, will grow its revenue about 6.5% in the contract's first year -- a respectable bump for the business. Microsoft, on the other hand, by adding $1 billion in Pentagon revenue to the $5 billion in cloud computing sales it enjoyed last year, could see a near-20% expansion in its Azure cloud computing division. At above-average profit margin, this would be a huge boon for the business -- arguably making JEDI more important for Microsoft to win than it would be for Amazon.

Meanwhile, in the wild card race, rival bidder Oracle (NYSE:ORCL) is still insisting that conflicts of interest within the Defense Department "corrupted" the awards process and that the contract should be rebid. If that happens, the chance arises for Oracle (only a bit player in cloud computing at present) to take another stab at winning JEDI. IBM could also get a second chance at bidding -- and with only 1.8% market share at present, a win for IBM could nearly triple the size of its cloud computing business, leapfrogging the company past Alphabet's Google to become the No. 4 cloud computing player worldwide.

To be clear, I do not think this will happen. (But it could, and it's a possibility investors need to keep in the back of their minds.) If I had to make a guess at the most realistic outcomes, I'd say the following are most likely (and in order of likelihood):

This third option has been expressly rejected by the Pentagon in the past, but in the interests of avoiding months -- or years -- of additional delay getting JEDI off the ground, the reaching of a common-sense solution cannot be ruled out.